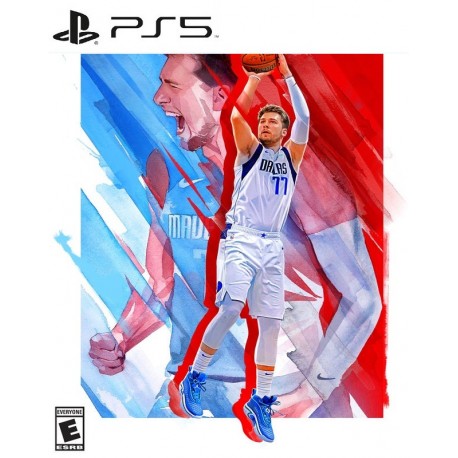 Step Up Your Game
A new tactical offense meets an overhauled defense for a more competitive and immersive NBA 2K22. Add skill-based dribbling, shooting, dunking, and alley-oops to your bag of moves and counter them with ferocious blocks and contests on the other end of the court.

Your Journey, Your City
MyCAREER and in an all-new City become one in a groundbreaking 2K22 experience. Embark on your personal journey to the pros. A sprawling MyCAREER life, all within the City. Forge your own path in college, the NBA G League, or even by jumping straight into the NBA. Be a pro off the court by growing your personal brand in the music industry, fashion world, and more. And of course, ball out against the best and fiercest MyPLAYERs in the most vibrant and competitive basketball community in the world.

Your Dream Team
Collect, craft and hoop in the ultimate NBA fantasy competition. NBA 2K22 MyTEAM. Build your dream line up of NBA stars and legends from any era, and explore game-changing evolutions to the MyTEAM experience, each addition introduced over multiple seasons.

New Season, New Discoveries
A new day dawns with the arrival of NBA 2K22 Season 5. Power within. Gain inspiration from Kevin Durant, Rui Hachimura and future superstar Paolo Banchero. Can you feel it?

The Gameplay Has Taken a Massive Leap Forward
NBA 2K22 has taken a huge leap forward for the NBA 2K franchise, especially for those lucky people playing on the PlayStation 5 with highlights including the engrossing The City which has had a lot of attention paid to it by 2K. The gameplay has taken a massive leap forward, and even the staunchest of veterans who have always been totally against any changes will appreciate that these new upgrades bring a more natural balance to the gameplay. There has been a clear switch from attack having the biggest overall advantage to a more even gameplay. There are tweaks to the shooting mechanics now that when you go to shoot you have two ways of doing it, by just hitting the button and letting the AI do the rest which although easier has a lower percentage success rate, or by using the two sticks, one to aim with and the other to control the power bar your skill will really be tested as it should be. NBA 2K22 players will find that their skill levels will be continually improving as they practice their moves. For those new players, there are plenty of offline play options to get you up to speed before you take on other challengers online.

Strutting Your Stuff Down the Catwalk
I think the star of the game so far is in the MyCAREER Mode, This nod to GTA allows you to traverse the City, either by the skateboard that you are supplied with at the start or the very useful bike that you can earn, later on, both are necessary as the sandbox is massive and without transportation is quite difficult to get around. I never thought that my character in an NBA 2K would be strutting his stuff down the catwalk of a fashion show, before going off to record a track with a young up-and-coming rap artist. It is an incredible mixture of sport and SIM cleverly combined in one wonderful mode.

NBA 2K22 is a Big Step Forward
So to recap, NBA 2K22 has top-notch high resolution and high definition graphics, a groundbreaking soundtrack that has used some very talented independent artists to lay down their tracks giving them a great opportunity to be seen on the big stage which is very commendable. Brand new updated and refreshed gameplay that is more fluid and polished. NBA 2K22 is a big step forward from the previous edition there is always something to do and the more that you play, the more new stuff there is to discover. Likewise, the AI seems to learn from you. So another year and another success for EA Sports.