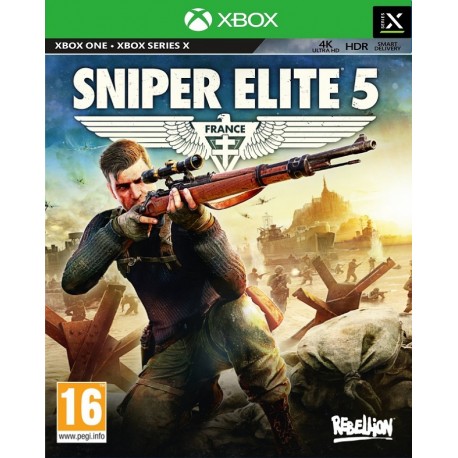 It is 1944 and the Invasion of Europe will soon be underway, as part of the planned D-Day operation, American troops have been slipped into occupied France to weaken the German defenses along the Normandy coastline before the main invasion. One of these intrepid Soldiers is Karl Fairburne the protagonist of the story who is a US ranger expert marksman that has been tasked with causing mayhem and sabotaging the Nazi defenses on the Brittany coastline before the main forces arrive, it is on this mission that our character discovers some top secret documents that refer to an Operation Kraken, you soon realize that what you have found is a Nazi plot that could not only stop the invasion before it even gets started, but also turn the tide of the entire war. It is up to you to track down and put an end to this nefarious plot. As you complete your missions you will have to take out your main targets and compile vital information leading you a step closer to achieving your goal and saving the day.

Spend Multiple Hours on Each Mission
The Developers Rebellion, have created their biggest game ever, the missions of the campaign are massive, and even the most experienced gamer will spend multiple hours on each mission of which there are eight, there are also side objectives and collectible items for you to complete and collect so you had better settle in for a long night, Sniper Elite 5 has a wonderful co-op mode where you and your friend can both play as you join forces to accomplish your mission, in Sniper Elite 5 you can now share items, ammunition, and health packs, communicate and give orders to your compatriot to make for more synchronized combat and enjoyable deadly interactions. As the missions increase in difficulty incrementally, having a wingman to assist you can be vital. The environments are visually stunning on the Xbox One and especially on the Xbox Series X|S as Rebellion Developments have used a clever feature called photogrammetry to map out real-life locations and digitize them, bringing the scenarios to life on screen in incredible detail, each sandbox is much larger and realistic than anything that the previous titles have ever produced.

You Can Drop Into Another Persons Game
Online, as well as the usual 16-player battles where you can slug it out in the ultimate test of your skills or you, can team up with three other players in Survival Mode to fight off the constant wave after wave of adversaries bearing down on you, but there is a new kid in town Sniper Elite 5 introduces Invasion Mode, you can drop into another persons game, but this time you will be defecting to the enemy to play an illustrious German sniper called Jaeger, His mission is to take out 'The Shadow', one way or another, you will try to hunt down and kill the US ranger before he can complete his mission, but remember another player can also drop into your game and give you a whole new set of problems as he stalks your every move. Sniper Elite 5 is a thrilling game that achieves everything that the developers and fans of the game have wished for.