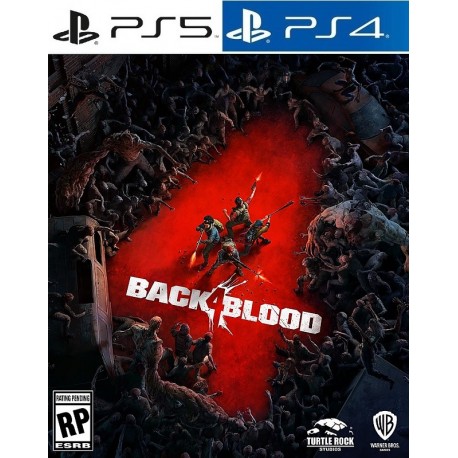 From the clever people that brought you the Left 4 Dead franchise, Warner Bros Interactive comes the new exciting cooperative first-person shooter called Back 4 Blood. The game puts you at the center of a war against creatures called the Ridden, they were once human, but after they were infected by a terrible parasite that turned them into horrifying monsters that seem hell-bent on consuming what is left of our civilization. With the extinction of the human race at risk, it is the responsibility of you and your friends to confront the hordes of enemy creatures, exterminate the Ridden and save the world.

8 fully customizable Cleaners
There is a Cooperative Campaign of Back 4 Blood, where you get to fight your way through a dangerous and dynamic world in a 4 player squad story, in which you must join forces if you are going to have any chance of survival, as the level of difficulty ever increases in the extremely challenging missions. You can play with up to 3 of your mates online, or go it alone and lead your squad as they go into battle. You can pick from any of the 8 fully customizable Cleaners, which are survivors that are immune to the parasite, and you can arm them with a wide variety of deadly weapons and important items. Furthermore, you will have to use strategy to combat an ever-evolving enemy that is set on your complete destruction.

Special Skills, Abilities, and Weapons
You can play either with or against your friends in the Back 4 Blood Multiplayer PVP mode? You can alternate between playing as a Cleaner or as the horrifying Ridden, both sides have their own special skills, abilities, and weapons for you to take advantage of. The brand new Rogue-Lite Card System creates ever-adapting experiences every single time, You will be in control as you design custom-builds and create fights that are much more demanding. The Game Director is continually countering the actions of the players, adding difficulty and diversity to the Back 4 Blood gameplay, making the legions of Ridden tougher to beat. The mutant bosses are up to an incredible 20 feet tall.

A Variety of Objectives to Complete
The campaign begins with the Cleaners retreating from areas overrun by the zombie-like infected, whilst mowing down as many of the parasite-infected as is possible along the way. This may seem like a rush job, but this is much more than a run and shoot game, Back 4 Blood has a variety of objectives to complete within each level. As a Cleaner, you will be tasked with rescuing trapped survivors or blowing up stuff to form blockades that the Ridden cannot get past. In the bar, the jukebox has a fantastic array of licensed music like the classic Ace of Spades by Motörhead which will set the mood as you battle to evacuate survivors before you are overwhelmed by the Ridden.

Great Music and Fantastic Graphics
Back 4 Blood has Great music, stunning graphics, and missions that you can play again and again without ever getting bored as the Corruption Cards which are an integral part of the game constantly adding varying degrees of extra difficulty to each scenario like adding a thick pea soup fog making it hard to see or with one card the Ridden are turned into flaming walking time bombs. This means that your Back 4 Blood experience will be unique each time. So gather your friends and arm yourselves as it is time to save the world!