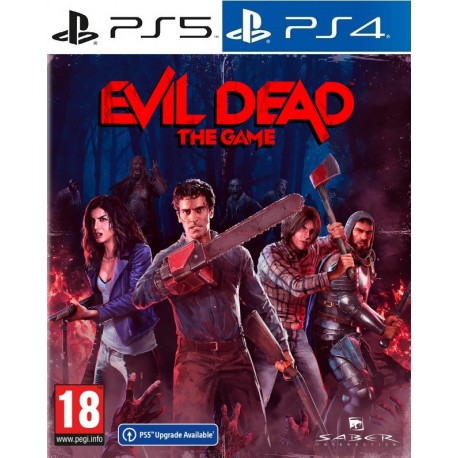 1981, what a year! Prince Charles gets engaged to Diana, riots spread from Toxteth to Moss Side then across the UK, and Peter Sutcliffe is charged with being the infamous Yorkshire Ripper. In entertainment, Bucks Fizz win Eurovision, Dynasty is on TV, and Raiders of the Lost Ark is released in the US, it is also the year that a cult film hit the screens called The Evil Dead, where five good friends take a weekend break in an isolated cabin in the woods, while there they accidentally release an ancient demon capable of the possession of humans. This was the first film that I had seen where I was at one point jumping out of my seat and laughing out loud the next, the now legendary Sam Raimi, and its main star Bruce Campbell would go on to be household names and a series of three wonderful horror movies, a television series, a video game and even a musical were spawned from the original movie and over 40 years later, a resurrection of the franchise has brought forth, The Evil Dead the Game, which has now been released by Sabre Interactive, combining all your favorite Characters from over the years in one game.

Hunter or Hunted you Choose Which you Want to Be
Evil Dead: The Game, is a 4v1, so you can either play as either a survivor where you and three others try to compile a map that will show the hidden location of the Kandarian Dagger and a rare Sumerian text called the Necronomicon Ex-Mortis, use the two items to firstly Destroy the Dark One and then protect the Necronomicon until the mystical ritual can be finished, simple enough, but you can also play as the demon Kandarian as he tracks down Ash and his compatriots to foil their plan to stop him. Each side can level up in its way, the demon can collect experience points to level up and each time he does this successfully he is rewarded with a point that can be used to unlock different upgrades to their ability to release a slew of new diabolical creatures through portals into the scenario. On the other hand, as the team of survivors, you can combat the demons, ever-growing strength by collecting from random loot boxes, and pink F bottles that also allow the survivors to level up their stats. Hunter or hunted, you choose which you want to be.

The Gameplay and Stylization Will be Intriguing
For fans of the original horror movies, there is so much to enjoy, fan-favorite characters voiced by the original artists will bring back so many fond memories, and for the younger generation who might not have heard or seen any of the franchise the gameplay and stylization will be intriguing and enjoyable as a stand-alone game, The environments are suitably overbearing and creepy, the music and sound engineering enhance the atmosphere and add tension to what already is a game that can give you a jumpscare at any moment. I found myself wanting to experience the game again as the demon and then using different characters, so there are hours of gaming to keep you busy.