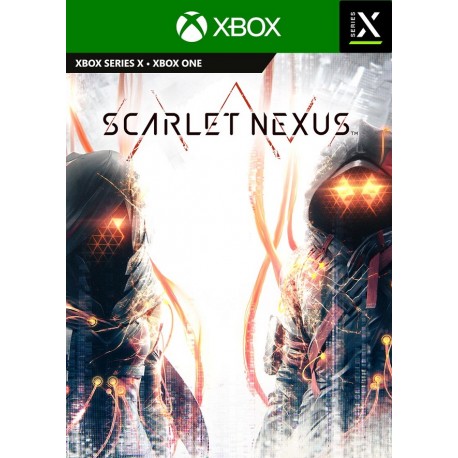 In a world set in the far off future, a hormone was found in the brain of humans that endows people with some incredible extrasensory powers, and brought a complete change to the understanding of the world as we knew it. As Humanity entered into a golden age it was quickly dealt a crushing blow by the arrival of the ravenous monsters that were known as The Others, arrived from above with an insatiable driven hunger for the taste of human brains and an ability to be impervious to all the usual methods of attack that were known to humankind. With the extinction of the human race at risk, dramatic measures were needed to repel the endless attacks by these deranged mutants so the OSF Other Suppression Force was formed, its job was to coordinate the recruitment of the most powerful Psionics, people with the most potent extra-sensory abilities were to be scouted for their incredible talents as a last line of defense against an overwhelming enemy.

The Most Talented Psionics
Follow the game's engrossing dual storyline about two of the most talented psionics where you control both Yuito Sumeragi who is born into a high ranking political family, is a raw recruit who is both energetic and enthusiastic in his new role or the infamous Kasane Randell, a scout who has become renowned amongst his fellow OSF compatriots for his powerful skills and extreme bravery in the face of the Others, a terrifying enemy with an insatiable lust for human brains. As their two interconnected stories play out, the mysteries of this Brain Punk future will be revealed to you. In a world that is caught between technology and psychic abilities in Scarlet Nexus.

A Dystopian Distant Future
In this true Anime futuristic tale, Bandai Namco have not just put style over substance, they have created a game that not only looks beautiful but also has a strong, dramatic and engrossing storyline. The combat system is intuitive and just as good as the stylish Brain Punk environments that frequent the game. Set in a dystopian distant future, large portions of this alternative society are born with incredible powers, called Psionics are recruited by the OSF, Other Suppression Force which connects them into a technological psychic web that allows them to not only communicate with each other but also to share their special abilities and create bonds that bind them together. In a failing world that is under the threat of an imminent revolution, undermined by conspiracy theories, and close to self-destruction, Scarlett Nexus paints a world that is on the edge. The storyline is absolutely engrossing, full of twists and turns and vital information that will need your total concentration if you do not want to miss anything.

Spawn Destructive Combinations
Scarlett Nexus has one of the finest combat systems ever to grace a JRPG, Japanese Role Playing Game. The combat system is separated into three distinct groups, each of them also has its own subgroups. There are the usual melee attacks which can be either light or heavy attacks that gradually fill the Psychokinesis Bar, when it is high enough you are able to interact with items in your environment and hurl them destructively at your enemies, When needed you can even borrow the special abilities of other Psionics to aid you in battle. Where Scarlet Nexus is unique is that you can join together your moves creating a secondary attack that not only spawns destructive combinations but will constantly refill your Psychokinesis Bar, Because of this you will want to deploy every type of attack at your disposal.

Victory is the Only Option
This game immediately stands out from the rest, it has a wonderful anime influence, the craziest if not the downright weirdest alien invaders I have ever seen. It is great value, with over 50 hours of enthralling gameplay for each character. The audio is crisp and clear with tranquil acoustic tracks as you explore the Scarlet Nexus world but dramatically changes to blood pumping electronic sounds as you enter into combat and on both Xbox One and Xbox Series X|S the graphics are absolutely stunning. So prepare yourself to fight for the salvation of mankind against the hordes of Others, victory is the only option.