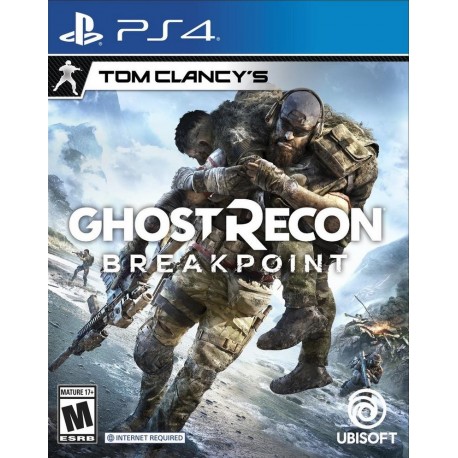 Unleash yourself into the most amazing military shooter experience and begin to understand a world in which friends become enemies and threats are more powerful than you could have ever imagined.

Tom Clancy’s Ghost Recon Breakpoint takes place in the remote and mysterious Aurora island where technology has overpassed imagination, and the advances in battle tend to overwhelm you. In this hostile world, you can choose to play solo or up to four-player co-ops. This diverse operation is held where nature has become wild and untamed, and your abilities are counted on to save the world you now live in. The designers of drones and robots have taken control of Aurora, and all sense of the universe has been lost. Tech giant Skell Technology has been conquered by the most unreliable forces and the unit of Wolves, an ex-US military force, and Nomad’s ex-brother-in-arms, Lt. Colonel Cole D. Walker. Players have to defeat the programmer of all drones, all used now to serve evil. The unit helicopter has been shot down, and the character that you control has to fight not only his own that have turned on him but also the robotic enemies on the Island.

In the mission of regaining control of Aurora and saving the world, you have to find resources and skills to survive and fight all threats that come your way, be they known or unknown.

Skell’s drones are now turned into killing machines, and they are all ready to attack you at any corner, so choose your steps wisely. The moves that you make and the strategic decisions that you plan are of greater importance for the wellbeing of everyone. Your mystery mission is so hard since the enemies are so different and have new ways of fighting and healing.

Have the bravery that any military force would require and find the right path that will guide you towards regaining control of your people and the evil forces around you.

Every step that you take is important for the higher goal, and the intense landscape the shooter Tom Clancy’s Ghost Recon Breakpoint gives you no easy choice. The inner power and ability to resist to insurgence will be the most important skill in the long run. Find every resource that you can use and beware of danger while enjoying the ultimate military experience. The importance of your mission and the unlikely situations that you are put in will keep you in the game and will make your ordeal and unbelievable adventure.