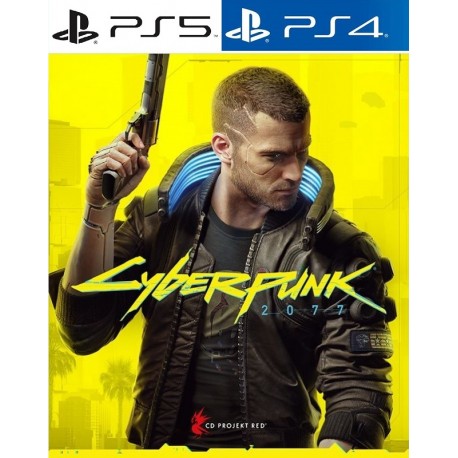 Set in the megalopolis known as Night City Cyberpunk 2077 is an action-adventure RPG, where you play as a cyberpunk mercenary entangled in a life or death fight for survival, upgraded with next-gen consoles in mind and featuring free additional content customize your character and playing style as you take on contracts, create a good reputation and then unlock useful upgrades. The relationships that you build and the decisions that you make will steer the story and the world that is around you, if legends are created here, then what will yours be?

Full of Things to do, Places to Visit
Take advantage of your cybernetic implants to become an urban outlaw and build your reputation on the violent streets of Night City, The vast open world is full of things to do, places to visit, and various characters to interact with, best of all it is completely up to you where and when you visit anywhere in Night City and of course get around any way you want to. So take on adventurous missions and interact and create relationships with enthralling characters whose fate might be decided by the choices that you make. The game is packed full of special next-gen features, so you can experience Night City like never before with vastly improved loading times high definition visuals, and smooth flowing gameplay that features ray tracing and 4K support.

One Word That Surmises Cyberpunk 2077, is Choice
If there was one word that surmises Cyberpunk 2077 it is choice, choose where you go, choose how you get there, choose who you talk to, or choose who you romance the game is packed with options to choose from, but so are many games, but they don't take it to the levels that Cyberpunk 2077 does. Just with character customization alone, the game takes the choice to a brand-new level. Yes, you have the standard options that you can get in any game such as skin tone, hairstyle, hair color, nose shape, mouth shape beard or not you know the sort of things that we are typically asked to decide, but not voice tone, pubic hair type, penis size, genital type, breast sizes, and nipple type. Cyberpunk 2077 has literally everybody covered in an attempt to include everybody they let you decide on either a masculine or feminine body, and then you take it from there, no matter what you identify as your individual Cyberpunk 2077 character will be relatable and represent you completely as you have never been allowed to before in the gaming world.

Every Decision You Make Counts
Cyberpunk 2077 is a great, fascinating game that is set in a massive open world of Night City that either with the PS4 or PS5 is gloriously stunning, the missions are testing and make you think about what course of action you should take as in this game every decision you make counts. The characters are perfectly voiced and scripted and very relatable. Rewarding and addictive, the gameplay will give you hours of gripping enjoyment as you explore the streets of Night City, complete your missions and make a reputation for yourself.