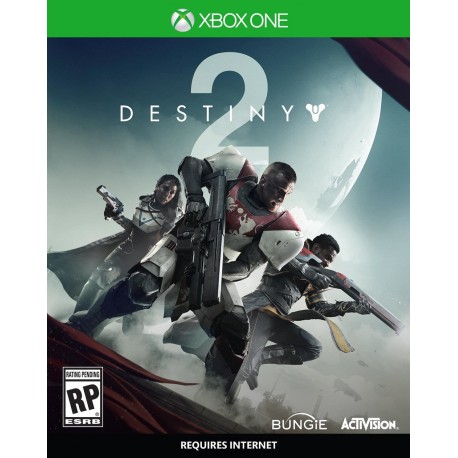 From the makers of the acclaimed hit game Destiny, comes the much-anticipated sequel. An action shooter that takes you on an epic journey across the solar system. Humanity’s last safe city has fallen to an overwhelming invasion force, led by Ghaul, the imposing commander of the brutal Red Legion. He has stripped the city’s Guardians of their power, and forced the survivors to flee. You will venture to mysterious, unexplored worlds of our solar system to discover an arsenal of weapons and devastating new combat abilities. To defeat the Red Legion and confront Ghaul, you must reunite humanity’s scattered heroes, stand together, and fight back to reclaim our home. Gameplay Features: - Rich cinematic story campaign. - Multiple cooperative game modes for epic, social fun. - Intense 4v4 competitive multiplayer matches, including 5 different PVP modes. - Expansive, never-before-seen worlds and spaces to explore. - Customize your character’s weapons and armor with an all-new array of gear. - Discover Lost Sectors, complete new Adventure missions, or rally to Public Events with other Guardians. - Introducing a brand new Guided Games system that helps players find like-minded groups to experience Destiny 2’s most challenging activities, like the Raid.