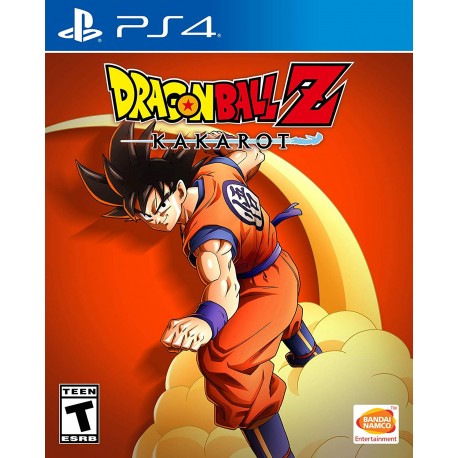 Dragon Ball Z, a legend of the Japanese gaming, strikes again by recreating the story of DBZ in a combination of a free-roaming action RPG and a genuine fighting game like Xenoverse or FighterZ. DRAGON BALL Z: KAKAROT brings back the memories of the original story, but manages to get you a feeling of new and worthwhile.

Is DRAGON BALL Z: KAKAROT a good RPG or a fighting game?
Imagine that this edition is kinda like Yakuza with a Dragon Ball twist and mixed with a little of the fighting vibe of Xenoverse or Tenkaichi when the combat starts and you become an arena fighter. The fights are quite smooth, they focus on one-hit combos and bring a slightly active and attentive implication because you often receive attacks or you get stuck so you have to keep your moves smart and strategic. You have to react, not act without thinking, it is not a reckless fight, but the moves are so easy to find that it is actually a pleasure to focus on the really important features in combat.

Also, the RPG part happening in a semi-open-world keeps you engaged with the quests you have to complete in order to progress in your campaign. Selecting ingredients for food, repair machines, or being a local hero when defending a helpless NPC against the army robots are just some basic sidequests that you will encounter. Each one has a side story that engages you to discover more in your path or even hold and enjoy the sweet taste of a narrative well integrated into the DRAGON BALL Z: KAKAROT grand story.
The storyline - a decisive feature and a decision-maker
When you choose to let yourself submerge in a PS4 & PS5 game, then you can bet the narrative you are about to experience is what you are counting on. If the story does not meet your standards the whole experience can be disappointing. Here, DRAGON BALL Z: KAKAROT has the award for being the most intelligible remaking of the Dragon Ball Z editions. CyberConnect2 really had to work a bit to extract only the essence of the 100 episodes and compress them into an amazing single video game.

One of the most important things is that Kakarot keeps the bar up for the less combat-heavy, more character-focused scenes, such as Gohan’s Super Saiyaman side story, starring himself and Videl, Vegeta finally shouting for Bulma by her name and not just “woman” or Piccolo’s training of Gohan. The ultimate goal of DRAGON BALL Z: KAKAROT was to condense the golden moments of Dragon Ball Z and to invest in the development of its characters, specifically Vegeta, Gohan, and Piccolo so that you can be amazed of trier progression and development from the beginning until the end.