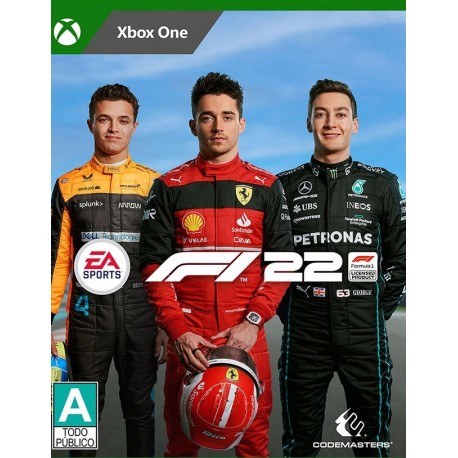 It is back, take your place on the grid for a brand-new Season of F1 with the latest offering from Codemasters F1 22, but before we start, we can not ignore the events and controversy of the disgraceful end to last season and shocking partisan decisions that awarded the title to Red Bull and Verstappen, now it is time to put things right once and for all, the best thing about F1 22 is they follow the rules, including the various new comprehensive regulations that have come in to force this year. As all new cars and power units hit the circuits, of which there have been a couple of additions this year, with the Miami and Jeddah tracks making an appearance for the very first time, plus there have been tweaks to some of the tracks themselves, for the Abu Dhabi and Australia Grand Prix's they have taken out certain slow corners thus making the circuits faster and more true to life.

Pirelli Hot Laps Mode
One of my favorite new modes this season is the Supercars that appear in the Pirelli Hot Laps Mode, for the first time you can challenge yourself in the high-powered iconic vehicles that have been designed by the same teams that are competing in F1 22. Tackle some serious time trials and drifting challenges, have you ever wondered what it would be like to drive a safety car (I really shouldn't mention safety cars as it still winds me up), there is a choice of the two official vehicles used on F1 tracks across the world for you to select, plus eight more dream cars from the likes of Ferrari, Mercedes and Aston Martin for you to test your skills in.

As you can see, some of the world's best high-end motors are there for your driving experience, so why not take full advantage of them? If you have ever watched Pirelli Hot Laps videos you would have seen celebrities having the S**t scared out of them by an F1 pro driver hurtling around the track at incredibly high speeds, well now it is your turn.

Only Increases the Excitement and Gets the Adrenaline Flowing
As the F1 cars have had some dramatic new regulations and upgrades this year, the actual driving experience reflects that changes in the new Pirelli tires, which are larger thus giving much better grip through those high-speed corners, I would recommend that any novice to F1 games that it is best to switch on every assist possible while you get used to driving consistently, let's face it even with every assist possible doing a perfect lap is mostly something you dream of, even the most veteran racing simulation gamer can't go a whole race without those small errors and the odd lock up going into a corner that tiny bit to fast, but that only increases the excitement and gets the adrenaline flowing as you force yourself back through the pack. So gentlemen, start your engines and get ready for the lights to go out.