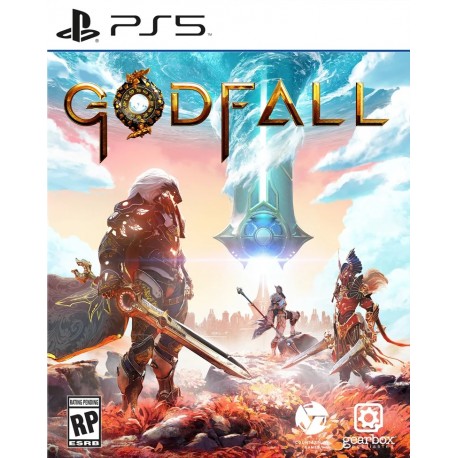 PlayStation has launched their latest and best Looter-Slasher, wear legendary armor sets as you search for loads of swag. The new title Godfall is designed for a next-gen game that takes place in a wonderful fantasy world that is populated by heroic knights and ancient magic. Begin your journey with this thrilling action RPG that uses brutal, crushing third-person melee combat to enthrall you as you search for piles of loot. Put on fabled armor and battle against bloodthirsty foes and defeat them to collect eye-watering amounts of booty as you face brutal armies to complete testing missions.

Make Every Blow Matter
Godfall is the latest title from Counterplay Games that is innovating and gives you a fresh experience of third-person action combat. Make every blow matter with the offensive, rewarding talent-based gameplay. The Challenging missions that you will face reward you with the next great piece of your character design, plus your piles of loot have a meaningful influence on the gameplay. Go solo or play online against friends and strangers at6 anytime, the enemies and their bosses have been created with co-op play in mind, master your special abilities to battle, multiple enemies, even when they are attacking from different directions.

Last of the Fabled Valorian Knights
Godfall was developed by Counterplay Games and published by Gearbox Publishing is what they are calling a “first of its kind, looter-slasher, melee action-RPG”, which is a complicated way of saying action-adventure title that is loot and progression based, stay abreast of your loadout and special abilities so that you can adjust to the environment and enemies that are around you. As the last of the fabled Valorian Knights, Orin is from a once-legendary breed of demigod warriors, and he is now the last hope for the troubled world of Aperion. Swap your sets of iconic armor for any of the ones that you find in the Sanctum, each piece of armor has its abilities and passive bonuses. The game is heavy on collecting items, when you find lore items you unlock a short backstory for you to read through, plus tons of hidden resources that are hidden in ceramic pots, treasure chests, and those that fall on the ground when you have killed an enemy.

Two New Gameplay Modes are Unlocked
One great feature is when you complete the story there are two new gameplay modes are unlocked, the Tower of Trials which is as it says a tower that you are required to ascend by killing enemies while ultimately staying alive long enough to reach the pinnacle and the Dreamstones, which are tournament-style battles where you are assigned a boss to fight but this time he is much tougher to fight but the rewards you receive are greater.

You Spend More Time Playing and Less Time Waiting
As it was designed for the PS5, Godfall takes full advantage of the incredible power of the next-gen console, The world of Aperion is stunningly created, colorful, and vibrant the environments are detailed and sharp. The gameplay flows due to the 60 fps with no lag and instant reactions, you will invest in the story and characters with a few surprises to keep you intrigued. The PS5 powerful SSD means that changing realms or respawning is almost instantaneous so that you spend more time playing and less time waiting. As one of the first games that have been specifically for the new console, it stands out and will surely become a benchmark for the games that follow.