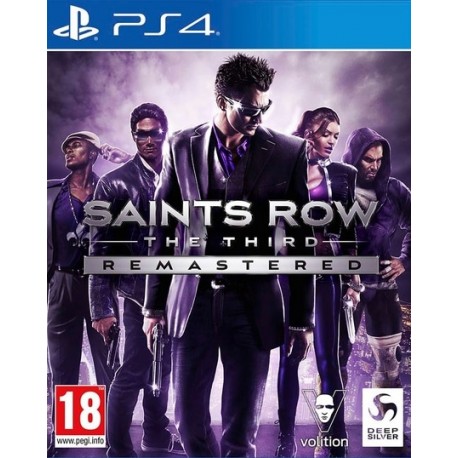 Saints Row: The Third Remastered is a classic open-world action-adventure video game for PlayStation 4, Xbox One, and Microsoft Windows, developed by Volition and published by Deep Silver on 22 May 2020. The game is the third re-release of the Saints Row: The Third, which was presented for the first time back in 2011 by THQ, later acquired by Deep Silver. This is a fat exhaustive remake. Everything was updated, upgraded, and polished up, as one may expect for a game that comes out initially 9 years before for Xbox 360 and PS3 consoles. New technologies were being used, the most notable is the particle and lighting effects. The game is running on proprietary game engine Core Technology Group and the Havok physics engine. A new global illumination lighting system makes everything look better in all situations, day or night, in the shadows or with the light bouncing off the windows. Developers added brand new graphics and textures and improved the game’s animations increasing the frame count. Players may now enjoy a smoother play on their big 4k screens.
For those unfamiliar with Saints Row: The Third, the game is an open-world game played from a third-person perspective, which made its debut in a period when Grand Theft Auto was dominating the world in this category. They had to brand themselves differently, to be something more than a GTA-clone. They find their identity in the satirical approach to how the media is glorifying the organized crime. They created a ridiculous playground for crime and destruction, where players are encouraged to be silly and behaving absurdly. The world, according to them, is absurd and unpredictable, rather than bad. With goofy gags, shocking purple, ridiculous dildo-bats, and self-referential humor, sometimes in appallingly bad taste, Saints Row: The Third sticks out among the other action-adventure open-world video games.
Players find themselves on the imagined city of Steelport, leading the Third Street Saints gang in a citywide turf war with the other three gangs – Deckers, Morningstar, and Luchadores – that formed a unified front, known together as the Syndicate. Besides turf wars with rivals, Third Street Saints have to be careful about the war on crime brought by the government’s arm STAG, or Special Tactical Anti-Gang unit.
The Third Street Saints is a household name gang, with deals on many areas. They have movie deals, own buildings, have their own clothing line and energy drinks. Johnny Gat, a beloved figure of the Third Street Saints, is murdered at the beginning of the game by the Syndicate. For the entirety of the game, they will retaliate in kind.
The game plays like a series of mini-games. There is no deep story. The entire point of the game is to have fun. The crime activities, or the missions, help players to take control of various Steelport’s neighborhoods. They range in quality and complexity, but they are all entertaining. You participate in a helicopter assault, swing a machine gun on the streets of the city, fire a flamethrower to innocent bystanders, run down pedestrians with a pimp-up muscle car, and beat to death an adversary with a dildo-bat. Besides the main stories, there are side missions that help you earn money and reputation. Most actions come with money and respect incentives, first allows players to buy lands, cars, vehicles, the later unlocks special abilities.
Saints Row: The Third Remastered is an iconic open-world video game, and the Remastered version is the best you can get at this time. It is non-stop fun, minute-to-minute action, crude, satirical, irreverent, a game that addresses to nostalgic hardcore fans, as well as newcomers.