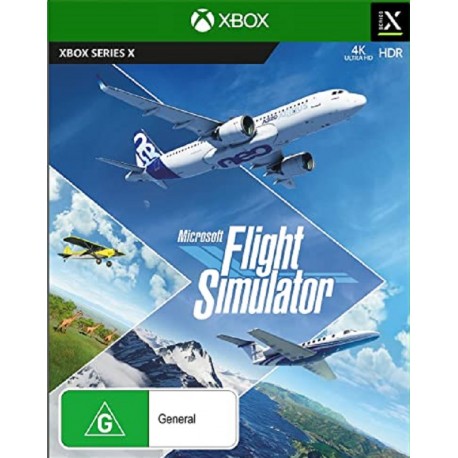 Explore the World
Travel across the entire world in incredible detail with over 37,000 airports, 2 million cities, and an amazing 1.5 billion buildings, real mountain ranges, roads, trees, rivers animals even traffic, and even more. You can hone your skills as a pilot in a huge variety of planes from light aircraft to commercial jets, with an experience that scales to your level using the interactive and highlighted instrument guidance and checklists. Flying in the day or at night with real-time weather that includes accurate wind speed and wind direction temperature, humidity rain, and lighting. Create your flight plan to anywhere in the world with this next generation of Microsoft Flight Simulator. The world is literally at your fingertips.

Such Iconic Landmarks Such as London Bridge and the Grand Canyon
As a modern classic, Flight Simulator is part game, part SIM, and part adventure. The game is incredible when you think about it Microsoft have utilized their satellite imagery from their Bing maps program to map the entire planet, when you fly it can be over such iconic landmarks such as London Bridge, the Grand Canyon, Notre Dame Cathedral in Paris or even fly over Mount Everest the options are endless, hell, I have even flown over my own home, it must take all the power of the next-gen consoles to keep up with that much data. It does take you quite a while to get the hang of the basics of flying, it involves taking in a massive amount of menus that you will need to familiarize yourself with, the in-depth virtual manual created by Asobo Studios is there to assist you, so the time spent learning the virtual manuals is rewarded with some incredible views from of some of the world's famous landmarks. I must admit that it is an aviation nerds' dream come true, but for the casual flyer, there is something there as well.

Top Gun Maverick DLC
Flight Simulator on the Xbox Series X|S is absolutely fantastic, the thought of flying over Anfield is just too tempting for me, but it is not just famous landmarks, but I have also flown over my office and the place that my wife was born, it is literally any place in the entire world, it is impossible not to admire the ambition of Asobo Studios and be amazed by what they have achieved. But guess what there has been a new free expansion released that any wanna-be pilots will just love, yes if you can remember call signs Maverick and Goose, then get ready for your very own exclusive F/A-18 Super Hornet livery, go on exhilarating training missions and take on some thrilling challenges all included with the Xbox Game Pass. Become an elite pilot in this tie-up with the Top Gun Maverick movie that has been years in the making and captured in real-time 4K, there are three training missions for the Super Hornet, which involve Unrestricted take-offs, Split S Manoeuvres, and Low Altitude and High Speed Manoeuvring through the terrain. There is a Carrier Deck Landing challenge and an unbelievable mission to fly all the way up to the stratosphere in the Lockheed Martin SR-72 Darkstar experimental aircraft. The DLC was due to be released on the 3rd of September 2021 but was pushed back like the film was until the 27th of May 2022 so at the time of writing it has only been out for a week so if there was a time to get this wonderful game it is now.