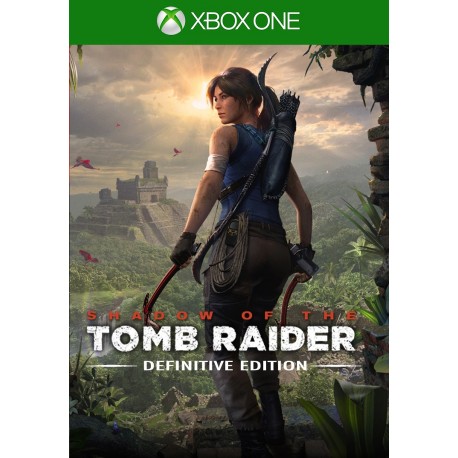 Shadow of the Tomb Raider is a single-player action-adventure video game from the British publisher Square Enix and developer Eidos-Montréal (a studio owned by Square Enix). The game come out on 14 September 2018 for PC, PS4, and Xbox Series X|S & Xbox One One. A year later, a version was published for macOS and Linux. The following year it was the time for the Stadia release. The Tomb Raider series goes back to October 1996 when the first game of the series was out. It is an iconic franchise, recognized as one of the pioneers of the AA genre. The current game - Shadow of the Tomb Raider, is the 12th main entry of the series, and continue the adventures of the fictional archeologist Lara Croft, a powerful woman searching the world for precious antique artifacts. The game focuses on various environment explorations and fighting the enemies along. She has to work her way amidst hostile surroundings, where various dangers and hazards stay in her way.

Shadow of the Tomb Raider is the final installment in Lara Croft’s origin trilogy. Following the Rise of the Tomb Raider (2015), the narrative takes her to the city of Paititi, the legendary Inca lost city, in Peru - South America. Lara has to face powerful enemies, as always, in the new installment of this legendary action-adventure series. She confronts the Trinity organization, a paramilitary group, and a sort of cult wanting the apocalypse to reshape the world. The principal enemies are their spiritual leader and their military forces leader, Pedro Domingues and Rourke, respectively. The first character has doctrinal motives, but it also has a secret ulterior motive, where for the last one it becomes personal - because Lara killed so many Trinity soldiers, he wants revenge.
The story is captivating and emotional - but we will not spoil it for you. It suffices to say that Lara is racing against time to prevent the end of the world, an apocalypse set in motion by a rush decision of herself. This action-adventure video game has a well-written narrative filled with powerful moments that will leave a mark. Camilla Luddington, playing Lara, provides a splendid performance and gives the game a personal and emotional touch. On the narrative side, the plot is top-class and proves that trilogies are not really out of fashion.
There are many things attractive to this AA game, but the gameplay worth your attention. Square Enix listened and heard what their fans wanted and brought their wishes into the virtual world of Tomb Raider. This release provides the largest hub in the franchise. Lara has to explore environments on two continents: Central and South America. Developers delivered a new barter system asked by fans, so players can trade and sell their resources collected during the game. Stealth is now a solid factor in combat: when you encounter an enemy, he is unaware of Lara’s location, so using your stealth abilities may bend the fight your way. Developers also brought changes to the swimming feature, now including air pockets that may extend the time Lara can spend underwater. She can also rappel down or climb, using her rope and climbing ax, respectively. As always, she can hunt animals, craft tools, perform side missions, or solve puzzles.
The final chapter of Shadow of the Tomb Raider is a memorable action-adventure video game. The graphics are amazing, especially the jungle environments, where all foliage moves along with Lara’s movements, or the landscape seen from distance. The character and gameplay progression is among the best, and the story missions and explorable tombs are bigger and more captivating. Players will find more focus on exploration than previous origins Tomb Raiders video games, and they should be happy with the fan-requested features and changes introduces.