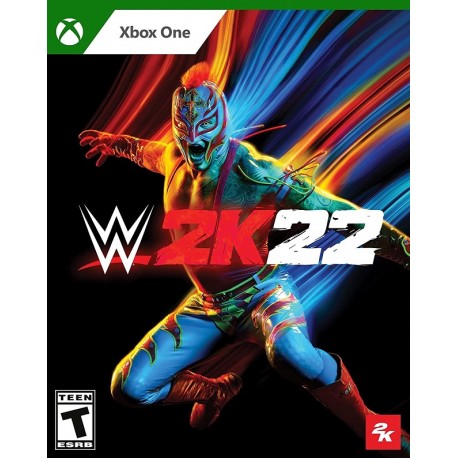 The much-awaited WWE 2K22 has arrived, and it is full of all the features that you can possibly handle! You will be taken from the stands to conquer the WWE Universe. Throwdown with the greatest and most life-like representations of all the latest WWE Superstars and Iconic Legends. Relive the most important moments in the illustrious career of Rey Mysterio, all in a glorious 2K Showcase. Hitting that hard has never been so easy. Take control of Raw, SmackDown, NXT, or NXT UK as a General Manager in MyGM, pick your ideal unique roster of fighters, then compete against rival GMs to create the biggest franchise in the WWE universe. Enjoy not one, but two MyRISE original storylines with groundbreaking male and female adventures that allow you to decide your journey unlike ever before, plus with a first for the franchise an all-new MyFACTION where you can build a faction that is capable of competing with the nWo, there are weekly events and regular updates.

Fun to Play Once More
After missing a season with no addition last year WWE 2K22 is happily a great return to form, this time “It hits harder”, is a lot more than a superficial tagline. The ultimate addition to the WWE 2K series has had a head-to-toe overhaul from its proceeding, less popular version. It has a great new feel to it with new controls to master that now focus on your combos and has choices of light, heavy, and grapple attacks, then you will be relieved to know that the whole reversal system has had a major overhaul that now makes the battles more flowing and exciting from the first bell to the last. At last, the gameplay seems to be enjoyable to play once more, even the more experienced players who will have to get used to a new emphasis in the gameplay again will be more than pleased with this improved, almost arcade-like experience after what has been condemned as a slow and dawdling simulation style of its predecessor. The newcomer can make use of their superstar trainer Drew Gulak, he is available when the game starts at the WWE performance center in Florida, with a smart tutorial to help to get you rapidly up to speed with the gameplay, no matter if you are a seasoned fighter or a complete rookie.

Have Brought the Fun Back to the Series
Summing up, whatever worries we had about the decline in the franchise have been totally dismissed, redesigned controls and gameplay mechanics have brought the fun back to the series. The freshness of the revamped modes that are returning and completely new modes will pique your interest and keep you enthralled throughout. Stunning graphics and rendering bring a certain reality to both the characters and their surroundings. I am glad to say that WWE 2K22 is a return to being the best and once again the world's most popular wrestling game.