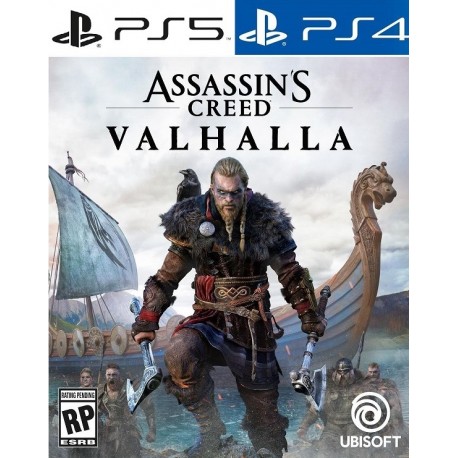 Forge your legend as you slash your way across Saxon England, using the new highly advanced Role-Playing Game mechanics you will indulge yourself in ferocious battles, head lightning strike attacks or utilize your cunning and strategy, or broker alliances with other warriors as a way to bring victory, the choices that you make in both battle and the relationships that you make will advance you along the path of greatness. Be In charge of a group of Viking raiders that brutally and rapidly launch surprise attacks against the defending Saxon armies and capture their fortresses to lay claim to all of their loot for your clan, which will expand your influence far beyond the boundaries of your aspiring settlement. Cause havoc with your brutal style of fighting as a legendary Viking warrior you will wield with both hands, weapons like axes, swords, and shields, or for more subtle assassinations use your hidden blade as you get up close and personal, you can even decapitate your foes with your powerful blows. Explore, discover and conquer the divided and dysfunctional kingdoms of England and when you are not out pillaging enjoy activities such as hunting, playing drinking games, or even the ancient Norse version of rap competitions called flyting as you cut down your competitors with your sharp words!

Chocker Block with Different Missions, Characters, and Items
Assassin's Creed Valhalla takes place in Norway and Medieval England and also some legendary locations from Norse mythology as a bonus, the main map of England is massive and encompasses an enormous area, it is a chocker block with different missions, characters, and items for you to discover, so before you turn off the hints for navigation you had better think twice as getting lost is quite possible. The game commences in the hills and around the fjords of Norway before traveling across the North Sea to the grey and miserable island where we discover England, this is quite a detailed representation of what historians consider to be what Medieval England looked like. The whole map is filled with mysteries, treasure, bandit camps, and monasteries to loot and plunder, well you are a Viking after all. As you explore, look out for buried secrets that can be anywhere from under a building to hiding in a dark, dank dungeon.

The Most Complete Customizations in Any of the Series
Assassin's Creed Valhalla is a great game that follows on well from its predecessors, now with a realistic gaming experience that enacts more in your face combat than any other games in the series, yes, stealth is still important, but so are ranged attacks and especially melee attacks as Eivor our main protagonist is a Viking, and they were not known for their subtly as much as they were for their brutality. The combat follows the other games in the series, so veteran players will automatically feel right at home using the Adrenaline bar which governs special abilities, and the Stamina bar that also declines with each attack, levelling up emphasizes the three areas of attack, defense, and stealth in your upgrades, but don't worry that you might have got it wrong as your skill points can easily be used for a completely different loadout in one of the most complete customizations in any of the series. For you lucky people with a PS5 console, the amazing loading times, 4K HD quality, and smooth running 60fps also make Assassin's Creed Valhalla an enjoyable experience.