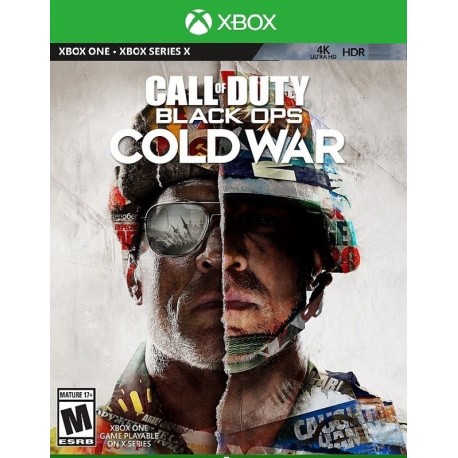 Quickly find That Nothing is Really as it Seems
Devotees of the Iconic Call of Duty® Black Ops must prepare themselves to be thrown right into the center of the turmoil that signified the completely volatile late seventies, early eighties world of political intrigue, that is Call of Duty® Black Ops Cold War. In the engrossing single-player campaign, you will quickly find out that nothing is really as it seems, as you interact with famous figures from history and accept the uncomfortable hidden truths that will have you fighting all across the world, from Turkey to East Berlin and Vietnam to the Soviet KGB headquarters in Moscow. You and your elite military special operatives must hunt down and eliminate a shady KGB agent who has the codename of Perseus, His mission is to completely destabilize the balance of global power by bringing down the United States Government, thus altering the course of modern history. Immerse yourself into the darkness of an intriguing global plot, fighting alongside some of the franchise's most iconic characters like Woods, Mason, and Hudson, plus a brand-new cast of special operatives attempting to prevent a plan that has been decades in the making. When you play in the other great, exciting modes, your deadly arsenal of Cold War arms and equipment is brought with you into the addictive world of Zombies and next-generation Multiplayer games. This is one of the very first games to break the 60fps barrier and is more than capable of operating at an incredible 120 fps, so as you would guess the gameplay is silky smooth and better than anything that you have experienced before.

Shift the Whole Balance of Power
Set in the aftermath of Call of Duty Black Ops and proceeding Black Ops II the joint developers Treyarch and Raven Software and publishers Activision have created the intense storyline and fascinating plot of Call of Duty® Black Ops Cold Wars for your enjoyment, it centers around a mysterious and shadowy figure known as Perseus a KGB agent with just one aim to bring down the United States of America and replace the power vacuum with the Soviet Union which will completely shift the whole balance of power. Your Character is known by the call sign Bell is an agent that was recruited by CIA intelligence officer Russell Adler when he created a multinational elite special ops' taskforce with only one aim, to track down and eliminate Perseus. Fans of the franchise will be happy to welcome back such famous characters Frank Woods and Jason Hudson, and even better, you will get to enjoy playing the character of Alex Mason on selected missions. Have fun customizing your unique version of Bell, choosing skin color, nationality gender, and origin story, these options also give you certain personality traits that will reflect your abilities and will come in useful as the story unfolds. Remember that the game has various endings so that each decision you make can change the story dramatically, so try not to be too hasty as every choice matters.