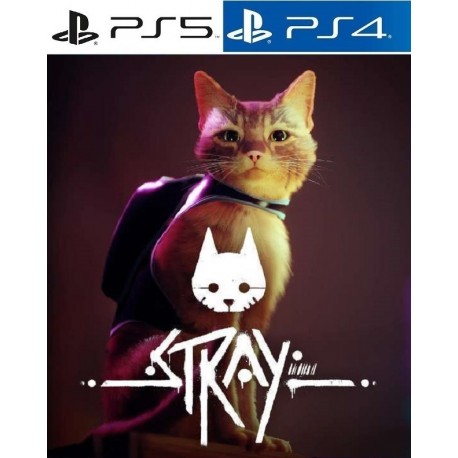 When it comes to third-person adventure games I thought that I had played everyone and everything possible, Special Forces, WWII soldier, half Man half Demon, Demon Hunter, all forms of animals both real and fantasy, Male or Female, and a few things that I still don't know what they were, but one thing I have never played as before is a Stray Cat. Blue Twelve Studios, a team of clever cat-loving developers based somewhere in the south of France must at least get a big well done, for bringing us a fresh, likable, feline character. Our main protagonist is an injured ginger tom who is nameless and fell into a mysterious subterranean city and is in search of his way home. He is lost in what I suppose you could call a neon-lit cyberpunk city, but it is so much better than just a series of generic locations, the only inhabitants that this ruined city has are some human-styled robots, the majority of which are reasonably friendly and helpful, there is something unique about the detailed environments maybe it is the beautiful lighting or just that there a so many great places for a cute cat to play.

Let's Face it Only Serial Killers Don't Love Cats.
The game promotes exploration, you are encouraged to check out every alleyway, deserted area, or back street in search of meaningful collectible memories that give you a small insight into the history of the far-reaching city and put some meat on the bones of what has made it almost deserted. Let's get a few things straight, the game is about a cat, not a super-powered one, or one with amazing equipment that an animal without opposable thumbs could ever possibly use, just a plain old ginger tom cat, thus, doing cat-like things such as drinking rainwater, sleeping, lots and lots of sleeping, the natural pastimes of your average feline are quite engrossing, well maybe not the sleeping, but what other game would give a medal for curling up into a ball and taking a long nap for a real-time hour? none, precisely that is why this game has such a wide and varied fan base and let's face it, only serial killers don't love cats.

Tiny Incredibly Useful Drone Strapped to the Cats Back
You are not alone in your mission to return to the surface, along with those useful robots that I told you about earlier, there is a tiny incredibly useful drone strapped to the cat's back, which is not only very handy when it comes to the gameplay itself but also it will help to fill in the blanks as to why things have become the way that they are. B-12 is an interesting and valuable companion. There is no shooting, explosions, or melee action in the game and avoiding any sort of conflict is the only way to go, either by stealth or just plain running away as fast as your little fury legs will carry you. Stray has fantastic mechanics that make the movements of the cat feel so realistic, a distinctive soundtrack, and a game that exudes quality, if there was a complaint it is that I was left wanting more of my new 4-legged best buddy.