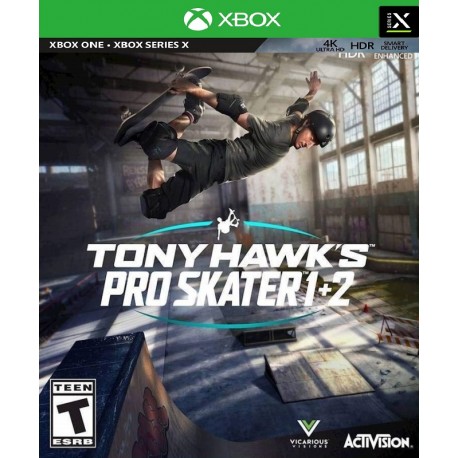 Imagine if you Could Play Both Iconic Games Again
Going back in time to your youth, there were only ever a few special games that were really that special that they were played by almost everyone out there, one of those famous games was Tony Hawk’s™ Pro Skater™. Few games could have competed with the banging tricks, grabs grinds, and flips that made it such an exciting and enjoyable experience, so when Tony Hawk’s™ Pro Skater™ 2 arrived the whole experience was stepped up to a totally new level, well that was way back then and video games have changed dramatically and come such a long way since those halcyon days, but imagine if you could play both iconic games again, but this time they have been completely revamped from the ground up, brand-new graphics, new physics-defying game mechanics and some of the most detailed graphics for both the design of the characters and the interactive environments that surround you. Well, put on your best set of kryptonic wheels, don your pads and prepare yourself for a wonderfully nostalgic journey back in time to an era when it was not just about doing it well, but doing it with style while looking great. Now imagine that you could get both games for the price of one, well imagine no more than Tony Hawk's Pro Skater 1 + 2 Standard Edition is out now for the PS4 and PS5.

With the Same Wonderful Locations as Before
For us, shall we say mature gamers this is a nostalgic walk down memory lane, as someone who used to play Tony Hawk's Pro Skater 1 + 2 endlessly with my friends it is a no-brainer, it is a must-buy game without any doubt, the return of some of your favorite boarders such as the big man himself but also Bob Burnquist and Eric Koston also make an appearance, along with Kareem Campbell they are more than capable of pulling off all the grabs, grinds and tricks that they were famous for, and it is like meeting old friends that you have not seen for such a long time. When you have such an iconic game then it is a fine line between keeping it original and making it a totally new game, luckily they have got that balance just right, with the same wonderful locations as before but with the obvious improvements not only to overall gameplay but to allow for the next-generation consoles and their amazing power and graphics as well. They have even stolen aspects of the gameplay mechanics system from Tony Hawk's Pro Skater 3, so now you can pull off some of the most insane combos by using manuals and revert to join your moves together. Relive your youth and enjoy that incredible feeling that you can only get from Tony Hawk's Pro Skater, and for newcomers to the franchise, this is your chance to find out why this game was so popular.