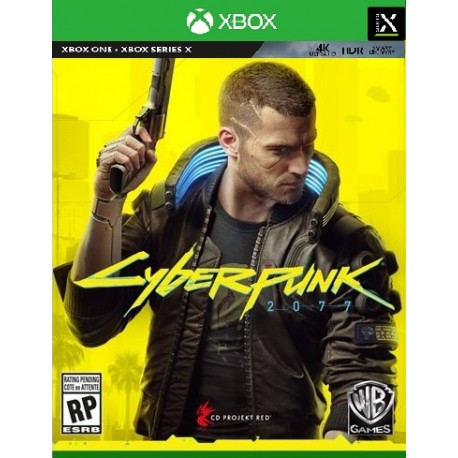 Cyberpunk 2077 is an open-world, action-adventure role-playing game that is set in the massive metropolis named Night City, you will take on the role of a mercenary cyberpunk who is drawn into a do-or-die fight to survive. The game has been upgraded with the next-gen consoles in mind, and it now features free additional content, completely customize your character and his style of play as you accept missions that will help you to build up your reputation with the underworld of Night City that unlocks upgrades. The friendships and relationships that you make will determine not only the story but also the surrounding world. Reputations are made right here, so what will yours be.

Become the Ultimate Urban Outlaw
Become the ultimate urban outlaw, equip yourself with ingenious cybernetic enhancements that will help you to build your fabled status with the inhabitants on the streets of Night City. You can explore the city of the future that is jam-packed full of things to do, people to meet, and places to explore, but it is completely your choice where you go and when you visit each area and how you tend to get there. As you build your legend, you will be given dangerous and exciting missions where you can create relationships with characters that are genuinely unforgettable and whose lives depend on. CD PROJEKT has set the game up to revel in the power of the Xbox Series S and is full of special next-gen features to give you a detailed experience of Night City, unlike anything that you have ever experienced before. The Loading times are now near-instantaneous, there are some fantastic high definition visuals, and the smooth flowing gameplay features ray tracing and supports 4K.

The Game Takes Choice to a Brand New Level
If there was one word that surmises Cyberpunk 2077 it is choice, choose where you go, choose how you get there, choose who you talk to, or choose who you romance, the game is packed with options to choose from, but so are many games, but they don't take it to the levels that Cyberpunk 2077 does. Just with character customization alone, the game takes a choice to a brand-new level. Yes, you have the standard options that you can get in any game such as skin tone, hairstyle, hair color, nose shape, mouth shape beard or not you know the sort of things that we are typically asked to decide, but not voice tone, pubic hair type, penis size, genital type, breast size, and nipple type. Cyberpunk 2077 has literally everybody covered in an attempt to include everybody they let you decide on either a masculine or feminine body, and then you take it from there, no matter what you identify as your individual Cyberpunk 2077 character will be relatable and represent you completely as you have never felt before in the gaming world.

Weird and Wonderful Characters
If you are looking for a great, intriguing game, then Cyberpunk 2077 is the game for you. Night City is designed as an incredible, huge open world, and whether you play the game on the Xbox One or the Xbox Series X|S I am happy to say that the graphics and detail of all the environments are quite stunning. The objectives are testing and have the effect of making you take time to plot your actions as any error will have consequences as every decision matters. The weird and wonderful characters are well scripted and voiced by some excellent voice talent. The games are rewarding and very addictive, so prepare yourself for a few late nights as you strive to complete your missions and increase your all-important reputation with the underworld of Night City.