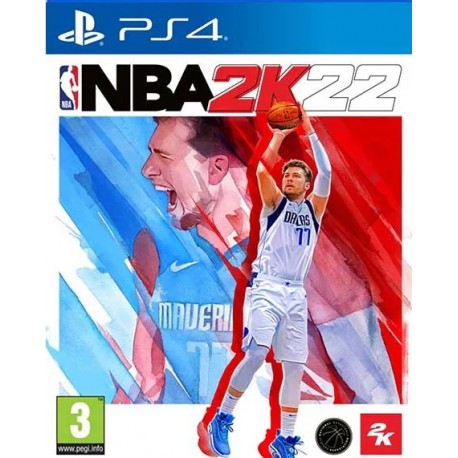 Step Up Your Game
New tactical offence meets an overhauled defence for a more competitive and immersive NBA 2K22. Add skill-based dribbling, shooting, dunking, and alley-oops to your bag of moves and counter them with ferocious blocks and contests on the other end of the court.

All Aboard the Cruise
Set sail on the high seas in the all-new 2K22 Neighbourhood, made for the PlayStation 4, create your perfect MyPlayer, level up for rewards, and express yourself through both your game and your style.

New Season, New Discoveries
Can you feel it? Beneath the surface, a rare, legendary power lies dormant, waiting to be unleashed. As a new day dawns with the arrival of Season 5. Power Within, victory and a trove of rewards await you. Gain inspiration from two-time champion Kevin Durant, 2019 first-round pick Rui Hachimura, and if the prophecy is true, future NBA superstar Paolo Banchero. Are you ready to get started?

NBA 2K22 Has Had Some Major Updates
Yes, it is that time of year again where every player in the NBA waits patiently to see what his stats are going to be this season, and every gamer waits patiently to find out what the new improvements to NBA 2K22 are going to be. Well, wait no more, it is finally here.
NBA 2K22 has had some major updates to both its gameplay, and its IA, with the most notable being in defence and the visual performance. In an attempt to produce a game with a better balance between attack and defence. Where before the attack had the advantage, the emphasis has been rectified with a complete overhaul of the offensive controls. The new shooting mechanic gives the player the option of either shooting by the button that gives you a lower percentage of success or by using the two sticks, one stick is used to aim while the other is used to fill up the power bar. The game now rewards skillful players who don't need the IA to score. This is also reflected in the dribbling, which requires much more concentration and constant correction.

MyCOURT is Your Space to Customize and Design
The visuals are not detracted from when playing on the PS4 with fantastically impressive animated likenesses of some of the most notable NBA players old and new and the 2K Beats soundtrack has a selection of licensed music from many independent artists and gives a wonderful stage for some talented up-and-coming artists. Especially for PS4 Gamers is your very own addition to the Neighbourhood Mode, Set onboard a cruise ship that has a basketball theme to it, It has five fun levels for you to enjoy, and you will be guided through the experience by the insightful Heather who is an NPC who is there to guide you. On deck 8, MyCOURT is your space to customize and design as you wish, you can personalize everything including the court, scoreboard and even the murals on the wall.

Who is Really the Best Baller Out There
EA Sports have filled NBA 2K22 with so much additional content, MyTEAM, MyNBA, and Neighbourhood Mode plus MyGM and MyCareer give you hours upon hours of great gameplay against either an intuitive and testing IA or battle your friends in the Multiplayer Mode bring your own unique team and show them who is really the best baller out there. Unlike other games, NBA gives older gen console owners full value for their money and do not treat them as just an afterthought.