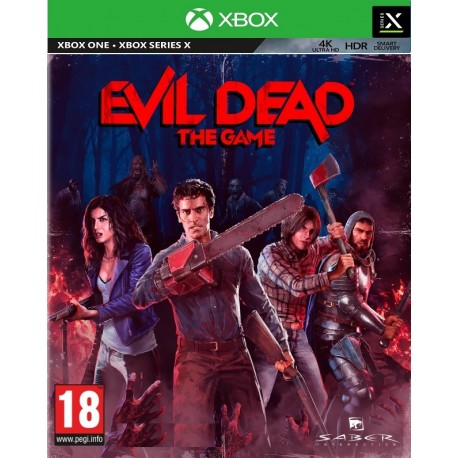 Instantly, you can recognize the familiar voice of Bruce Campbell as the iconic Ash who has the lead role in all 3 of the fantastic Evil Dead films and lately the TV series as well, famed for their brutal violence, black humor, gory action, and buckets of blood, The Evil Dead was a benchmark for the entire genre of horror films and the newly released Evil Dead: the Game likewise is exactly what the asymmetrical horror genre has been looking for. Choose to play as Ash and combine with 3 other survivors that are based on various characters that have shared both the cinema and TV screens for more than forty years and join together to banish the despicable, bloodthirsty Kandarian Demon and finally put an end to his nightmare reign. Nothing too different there from other similar games, but with Evil Dead: The Game, you can also switch to play as the said Demon and hunt down the four survivors and destroy them before they can enact the ancient ritual that will expel you from this world forever.

Nothing is as Brutal as cleaving a Deadite in Half
Weapons are everything in Evil Dead: The Game, there is no need to run and hide in this game when you have some effective armaments to put to good use, whether it is the pistol that can take your enemy down with one deadly headshot or the Boomstick, Ash's iconic weapon can blast away any opponent from long or close range causing devastating damage to any demon unfortunate enough to get in its way, but to me, the melee weapons are the most satisfying way to kill the deadites, Probably the most famous of these is Ash's formidable chainsaw that was mounted on the stump of Ash's missing hand, nothing is as brutal as carving a deadite in half with huge amounts of blood and bone flying everywhere, it does an amazing amount of damage, you can even upgrade its power by using Ash in his Army of Darkness role. Different characters specialize in different weapons, for example, you get the best out of the lumberjack axe playing as Scotty, whereas the sledgehammer is best in the hands of Henry the Red. Having the right weapon in the hands of the right survivor can make all the difference.