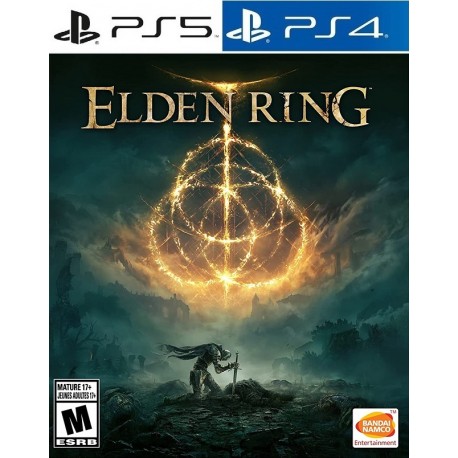 Rise tainted and be led by grace to wield the incredible power of the Elden Ring and become the Elden Lord of the Lands between. There is a vast open world of fields and woods to discover, explore massive dungeons in an elaborate  3Dimensional flawlessly interconnecting world that you will traverse and explore, feel the excitement of facing the unknown, and defy overwhelming threats that will give you a sense of satisfaction. You can not only customize the way that your chosen character looks but also use the endless combinations of armor magic and weapons for you to equip your hero with, personalize your character to match your own individual playing style whether it is building your muscle power to become a mighty warrior or master the magic needed that will turn you into an impressive Mage.
With a fantastic, unique multiplayer online mode that you can join up with up to four friends or complete strangers to form the perfect band of heroes and journey together on your quest.

Beautifully Created Environments
There are some major names attached to this latest creation from developers FromSoftware, Elden Ring, in collaboration with the Game of Thrones creator George R.R. Martin, and Hidetaka Miyazaki makes the game one of the most anticipated games of 2022. As you would expect with such an illustrious author writing the mythos, there is plenty of dragons magic, and mayhem to enjoy. As the successor to the Dark Souls Franchise, Elden Ring has taken a whole new spin on the open-world RPG, the beautifully created environments of maze-like caves, ruins, ominous forests, and multilayered castles, and beware the vast enemy campsites that in this fantastic open world you can discover by accident. There is no single route to take for conquering this game, and you are not tied to venturing in any one direction of the six separate sections, they each have a day-to-night cycle, differing weather conditions, and a wide variety of wildlife that makes your experience completely individual. The signature features of Souls are happily continued with fantastically designed and tough-to-beat bosses that will constantly challenge you.

There is No Rush Whatsoever
One of the great features is that if you are struggling with a certain section, an intimidating enemy, an unbeatable boss you can just head off in another direction and see if there is something a little easier over yonder, there is no rush whatsoever to acquire useful items, weapons, armor, and runes then return more powerful than ever before to take down your adversary. This is the perfect game for novices to experience the franchise for the first time, as although the combat is still challenging, you will never come to a dead-end where you cannot pass a certain section or defeat an enemy. On both the PS4 and the Next-Gen PS5 the graphics can only be called stunning, and although the loading times and rendering are better on the PS5, there is not a serious notable difference between them. The whole world feels alive, and you will feel the whole gamut of emotions anticipation, trepidation, and excitement as you strive to become the Elden Lord.