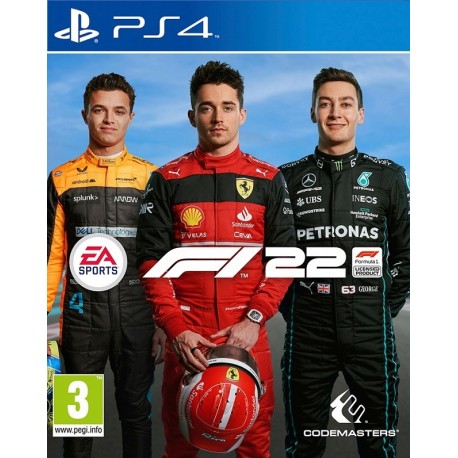 Well, another year has passed and so much has happened since I reviewed F1 21, firstly I don't know if you heard about the small matter of Russia invading more of Ukraine, the world entering a recession where the average family has found it hard to feed their children and heat their homes, but more importantly, Netflix has made a series following the multimillionaire drivers of the F1 World Championship and their teams as they spent a staggering amount of money on cars, an amount that would have dragged a small country out of poverty. So, no big deal that a streaming service has paid a small fortune for the behind-the-scenes rights, is it? Well, it dramatically changed the outcome of the entire F1 21 season, well, the race director thought that the black guy winning the title would hurt viewing figures so decided all by himself that he would award the title to the white guy (you know the one who refused to take a knee), to make things more exciting for the TV show and the average white guys that are fans of the competition. The worse thing is then we were told to just swallow it like a cheap whore, but the good news is that the viewing figures went up, forget integrity, cash is king.

A New Race Director, Apparently They Sacked the Old One
So, we enter a brand-new season, new regulations and car specs are in force, oh and a new race director they sacked the old one, can't think why. The introduction of these new features means that the actual design of the cars has changed dramatically, bigger tires mean better handling through those fast bends, and the steering and control of this year's cars have been realistically recreated for F1 22, it does take a bit of time for you to adjust from the previous year's gameplay dynamics to this year's, but Codemasters have delivered an exciting game that provides an unrivaled sense of speed, you can feel the adrenaline coursing through your veins as you undertake a rival, out-braking him into the corner and accelerating away to take the lead. F1 22 is a game that gives you the option of either throwing yourself totally into the arcade-style exhilarating racing by itself, or you can use the full simulation package and controlling everything from R&D to every step from free practice to the chequered flag and everything in between the two. Codemasters have the template perfectly tuned like an F1 car's engine, making subtle changes and knowing when to make the big, important changes, like this year removing the classic F1 cars and bringing in the supercars instead, this and the other tweaks have kept the game fresh and engaging, while completing the balancing act of keeping the difficulty level up for the veteran gamer and still making it feel inclusive for newcomers to the franchise, with the vast amount of different assists to be turned on and off at your leisure whichever category you fall into you find just the right level for you.