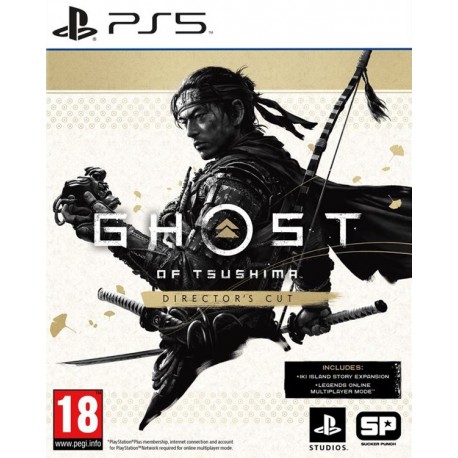 As one of the most popular games of 2020, Sucker Punch's Japanese Epic Feudal Tale had an intuitive balance of brutal combat and tactical stealth in breathtaking environments. The storyline is a vehicle to understanding loss and has become renowned for its famous dramatic finale, which was one of the most memorable in recent times. You would think that it would not be possible to top that, but Sucker Punch had other ideas.

Turns a Pretty Game into a Gorgeous One
Ghost of Tsushima Director's Cut has all the content that made the game great, It is available on both the PS4 and PS5, both as a stand-alone game or as an upgrade to your already owned copy. For those of you that are new to the concept now is the perfect time to take advantage as you will not only get to play the game but enjoy the new items, skins and improved characters that come with the Director's Cut version. For those of you that are into the Japanese Feudal Era in history, there is input from a Japanese historian on the factual details and dramatic events that took place in that time period. The multiplayer experience is enhanced by the excellent Legends Cooperative. And especially for the Next-Gen PS5, there is a whole new sensation when using a DualSense, the haptic feedback delivers a whole new touch sensation to the game. If you have compatible headphones the 3D Audio is instinctive, all these played out in stunning 4K resolution with a handy 60fps that turns a pretty game into a gorgeous one.

The Ike Island Expansion
But let us concentrate on the aspects that affect both PS4 and PS5, like the Ike Island expansion, hours of fun can be had enjoying this unique campaign, which gives you more details of Jin's tragic life then ties up his fascinating character story, these story developments are played out with engrossing side missions and a there are some unique upgrades. Bringing a proper ending to the protagonist's tale feels like it was a much-needed postscript to round off his story. Although the Iki Island expansion is in a second area, there is fast travel between the two islands,

A whole New Map to Explore
With a whole new map to explore, and you will once again have to build up his legend and earn once again technique points. As the place that Jin watched his father die as a youth, you are never far away from his personal and emotional in the expansion. By using the plot factor that Jin is poisoned, which allows through his hallucinations and visions that detail his tragic life and the events that make the Japanese warrior reflect on his guilt and relive his nightmarish version of his personal life story.

Take a Brilliant Story and Make it Better
Prepare to be surprised by just how challenging and full of superb content the Iki Island expansion is, for the experienced Ghost of Tsushima player the chance to round off Jin's story is irresistible and with plenty of hours more fun gaming to be had playing the expansion we can not blame you for giving the Director's Cut another outing, improved graphics and sound and added extras that fit exactly with the original game. Sucker Punch have managed to do something most developers wished that they were capable of, adding to an already brilliant story and making it better. For the newcomer to the game, where have you been for the last two years?