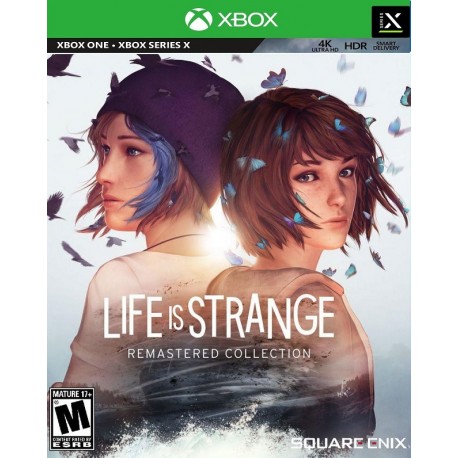 One Vastly Superior Package
The game invites you to return to Arcadia Bay, after a 7-year absence after the exemplary game Life is Strange first announced itself to the world, developed by the Deck Nine studio, who have now remastered the entire collection into one vastly superior package. This cryptic and somewhat dark coming-of-age drama has various puzzles for you to negotiate, and the storyline contains many twists and turns, in fact, it is your decision-making abilities that will be tested the most, as every option has its consequences, like some interactive dramatic film. Every cutscene lets you control your character in the choices that she makes, and then you have the freedom to discover and explore your well-designed surroundings. Useful objects can be used to aid your progress and the interactions between characters who reside in Arcadia bay, and while you investigate, you can also search for some of the optional collectibles that are hidden throughout each episode.

Beautiful Scenery and Rewarding Information
It is ingenious how Deck Nine have kept the equilibrium between exploring and discovering the entire area surrounding the protagonists and then for the more direct, game-winning, motivated player they can go directly to achieve their targets and advance the gameplay rapidly but with all the beautiful scenery and rewarding information and items of use that are available for you to find in every scene, it would be beneficial not to rush.

Major Improvements
What immediately strikes you when you first start to play life is Strange: Remastered are the incredible, outstanding graphics. There have been major improvements to both the animations and cinematic visuals, the lighting, textures, color grading and especially the features of the principal characters have been vastly improved. Rays of light flicker realistically as you proceed through a room of the shadows that are cast across the ground, the detail is impeccable the use of colors a light all add to and improve what was already a pretty special game.