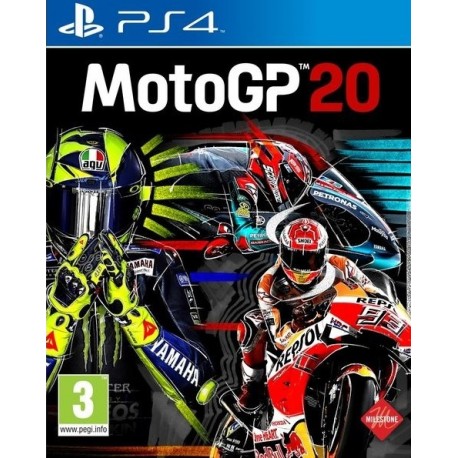 MotoGP 20 is the latest iteration of the MotoGP series, a motorbike racing sim developed and published by Milestone S.R.L. on 23 April 2020. The game is available for Microsoft Windows, Xbox One, PlayStation 4, Nintendo Switch, and Google Stadia. MotoGP 20 improves on every aspect of the game. The milestone comes out with a complete rework of the Career Mode which now includes deep managerial gameplay. Everything was updated to the 2020 Season, including racers, teams, and tracks. The brand new “Kymiring” appears for the first time in the MotoGP series. In terms of content, MotoGP is as much as it can be, including the major three classes MotoGP, Moto 3, and Moto 2, all playable.
The most visible addition to the game is the new Managerial Career feature. In the Career mode, players may take control of everything related to their team. This makes the experience much more realistic, as we all know that not always the best driver wins, many other factors contribute to a victory. In this extended version of Career mode, players will have access to many of the “behind the scenes” events that are part of the racing life. You will have to hire staff, participate in off-season preparations, invest in research and development, develop race strategies, and more. The bike may improve its performance in various ways, like fuel consumption or aerodynamics, and good hires produce better results. You have a budget that has to be balanced, you have to hire specialists with different skills that will form a team, pick up some good managers, chose the right sponsors, and close the right contracts. If you are in managing kind of game titles, you will appreciate this part of the game.
MotoGP 20 is about racing, and here it stands out. The steering is more demanding, braking more appropriate – no more hitting the brake at high speed without consequences. The damage model works better – now the aerodynamics of the motorbike is affected after crashes – no more crashing the bike at high speed and returning on track without a problem. A crash is a crash, after all a bike is very fragile at that speeds. Everything sums up to more realistic and strategic gameplay.
MotoGP 20 is rich in gameplay modes, both single-player and multiplayer. Besides the Career Mode, which is the “piece of resistance” of the video game, there are several single-player modes. Time Trials, where players are racing to get a good time; Grand Prix,  where players may choose a single race to play; Championship modes, where players may choose to play a season, either in Moto 2, Moto 3, or MotoGP; and Historical – where players chose a historic team and racer.
There are three multiplayer modes: Private Match, Public Match, and Race Director Mode. MotoGP has dedicated servers with low latency for fluid gameplay experience.
The Private and Public matches were seen in MotoGP 19 (Public Lobbies and Private Lobbies). The new addition is the Race Director mode. In this mode, players manage most of the aspects of the race, from the weather conditions to the race sessions.
MotoGP 20 is the best of the series, and brings players closer to the competition, especially with the deep career mode, now extended with Managerial Career. The improvements in gameplay, even if incremental, are beneficial, making the game more realistic. MotoGP is a game for diehard racing fans, who may play it at the hardest difficulty, and enjoy the various options offered, but also for newcomers, that may play it at a lower level of difficulty, A.I. assisted in many aspects, without most of the deeper options. Overall, a fun game to play for everybody.