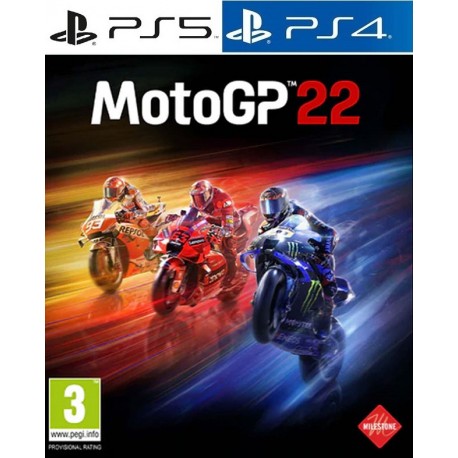 Out of all the sports games/sports simulations that I have played over the years MotoGP 22 must be the most complete and the most accessible game that has ever been produced, developed by Milestone SRL, MotoGP 22 is a realistic experience for anyone who loves the two-wheeled power monsters hurtling around some of the most famous tracks from all over the world, will love this game. Like in real life riding a MotoGP bike is completely different in every aspect from driving any other vehicle, acceleration, braking, and handling have to be spot on to get around the course without kissing the tarmac, veterans of the franchise will already be aware of this, but newcomers can find it quite frustrating constantly dropping their bike as they attempt to complete a lap at high speed. To counter this, the developers have introduced multiple tutorials that will ease the new player into the gameplay and teach them the basics of being a professional racer on the GP circuit and how to master their machines to make them competitive out on track. These combined with a range of different assists mean that MotoGP 22 is the most inviting iteration of the franchise ever.

Personalize Both Your Team and Your Bike
Work your way up from MotoGP 3, climbing the ladder up through MotoGP 2 until you finally reach the pinnacle of racing that is MotoGP, increasing your abilities with every step that you take in your rise to superstar rider. Utilize the Career Mode to take control completely of either an established official team or to create your own from the ground up, filling the positions with a team manager, technical director, mechanics, data analyst, and even select your teammates to compete alongside you, design your bike and livery, outfits and with a plethora of menus for you to personalize both your team and your bike there is so much for the aficionado to get his teeth into. There are more than 120 riders and more than 20 official circuits for you to test yourself with, and for those of you, like me, who tend to look back nostalgically at previous seasons and long for some of the most inspirational riders that have ever donned their leathers, there are an incredible 70 historic riders from past seasons to ride as including all of your favorites from years gone by.

Relive Some of Those Magical Moments
Brand new to this year's game is the NINE Season, this is a wonderful idea of a playable documentary that looks back at the legendary 2009 season that produced one of the most enthralling championships, as some of the best competitors went up against each other on the track, challenging each other to win the coveted title, Imagine Lorenzo, Stoner, Rossi, and Pedrosa all battling each other in some of the most dramatic racing, take control through all 17 different courses throughout that famous season, relive some of those magical moments as you complete challenges intercut with real footage from the season as they flow effortlessly into each other in this documentary style, interactive addition to the franchise.