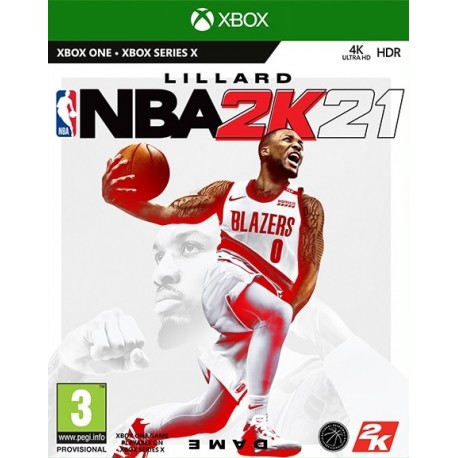 That special time of year has arrived once again, from the outstanding makers of the world-famous NBA 2K series, comes the industry-leading NBA 2K21 for Xbox Series X|S and Xbox One, the undisputed, best-selling, sports video game simulation to ever hit the market. With some new major detailed improvements that have features such as the best ever produced in the gaming industry absolutely stunning graphics and completely immersive gameplay, with competitive and community online events, plus some interactive and varied new game modes to enjoy, NBA 2K21 gives you a glimpse into the lifestyle and culture that surrounds the top basketball players, Where Everything is Game

Who Will be Crowned Kings of the City.
Lets us kick off with the game's latest new feature, which is a great unique multiplayer mode that is known as The City, become part of a vibrant virtual online basketball community, the City is absolutely jam-packed with exciting addictive features that together give you probably the most immersive basketball experience ever. With a huge map that is considerably larger than those in the previous editions of the franchise, it encompasses the whole city centre with towering skyscrapers and surrounding districts that are each affiliated with rival teams. Starting off in Rookieville you will have to impress the other players with your fine skills if you want to advance your way through the City. Each borough has its own affiliation using each of the four points of the compass, The North Side Knights, The Beasts of the East, South City Vipers and the Western Wildcats, so when a player's reputation goes up to Pro 1 they will be given one of the basketball factions to join. Increase your rep by competing against your rivals in championship competitions to see who will be crowned kings of the City.

The Most Futuristically Designed Basketball Courts
In the very centre of the City is The Event Centre, this is home to some of the most futuristically designed Basketball courts that I have ever seen and also is where all the new events are going to be played, but if you just want to play a little 3v3 or have a game of HORSE then you will find loads of great places around the city to play some garage style hoops. When you get out and discover the city's varied locations, then there are loads of NPCs that can offer you a plethora of entertaining, fun missions to set off on. They have also made The Gatorade Training Facility a bit larger by adding an extra floor so that players can now access second-floor courts. The NBA 2K franchise does so many things so well with this game, there are literally loads of hours of fun as you take in the full NBA experience. Improved sound mechanics and vastly updated next-gen graphics that give the game a stunning life-like appeal are just some of the standout features that impress and together with all the combined different modes including NBA and WNBA MyPLAYER, MyTEAM, MyCAREER, and MyNBA plus even more. Impress others with your skill online against the best that the online community has to offer, and become a real-life champion baller.