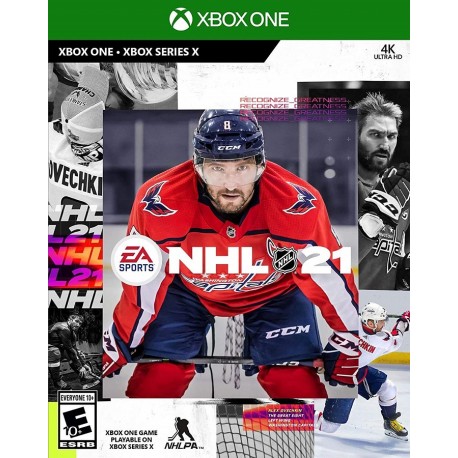 It is said that only the most skillful, the most creative, the most innovative, and above all the most fearless players are worth celebrating and that is what NHL 21 is all about. This season, you will be able to pull off incredible moves that have been inspired by the NHL's most groundbreaking, innovating players. A redesigned and expanded Be A Pro mode takes you on a journey from local rink to NHL Pro skater in this enjoyable immersive, story-based mode, the potent conversation system creates everything from your relationships with the coach and his staff, to wage negotiations, to making great profitable endorsement deals. Unusually, even off-court conversations with your teammates can be a factor in your on the ice chemistry. New to NHL 21 is the new HUT Rush, this is a mode that lets you rapidly jump into HUT games, and build up achievements that then unlock rewards by scoring stylishly, not every goal is of the same quality and NHL 21 celebrates the best plays that would make any highlights reel, the ones that turn a player into a great player. Recognize the creativity, recognize the revolutionary, and recognize the future as NHL 21 recognizes the greatness.

Ultra-Reliable 60 Frames Per Second
Some major improvements reflect the next-gen upgrades that are now available, such as the wonderful near-instant loading times, the highly detailed and realistic player appearances (face profiles and facial hair), the smooth as silk gameplay at an ultra-reliable 60 Frames Per Second, 4K, and HD compatibility which take nothing away from the current generation consoles by the way, but the most enthralling new edition to the NHL series is the vastly expanded and much improved, Be A Pro, after the disappointment of NHL 20s failure to bring any exciting new updates, NHL 21 makes amends in spades as it takes a huge leap forward in the type of improvements that they have made to the popular career-focused game mode are a big forward step enhancing the stylized cinematic campaign. Create and completely design your unique character and lead them from their humble beginnings with a European club or the proving ground that is the Canadian Hockey League, take your opportunities to make it into a starting place in an NHL professional team roster. The cut scenes that unfold as your campaign storyline proceeds portray your coaches, media reactions, and your teammates. Choose between Team or Star paths as you fashion your career, but remember that every decision that you make has both a positive and negative effect on your fledgling career.

Climb Through the Ranks and Make it into the NHL
Start as a lowly rated hockey player, making the most of the few opportunities that you have been given to impress your coach and your teammates, Hockey is not the sort of game that has players making a rapid rise to fame but a more slow and dedicated grind and NHL 21 faithfully portray this in the Be A Pro mode, you aim to climb through the ranks and make it into the NHL draft, to assist you to achieve your life-long dream there are a variety of feedback systems to help you increase your abilities, from live feedback during the games themselves to a detailed statistic page gives you the information on how much further you will need to improve. Create and upgrade your character using NHL 21's skill tree system that lets you focus on the aspects of your character that you want to.