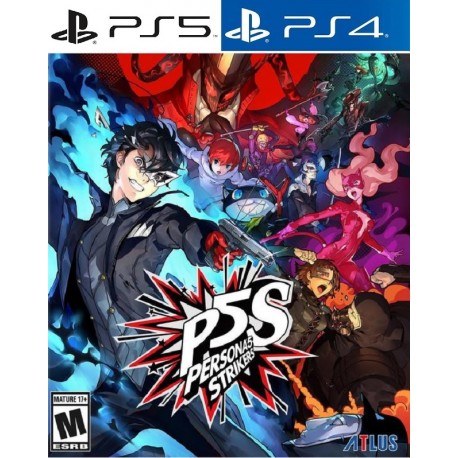 Join up with the Phantom Thieves and strike back against the scourge of corruption that is overrunning cities all across Japan. A summer holiday with some great friends takes a dramatic turn when a distorted reality materializes. You must expose the truth and win back the hearts of those that are imprisoned across the nation. Launch into the stylized world of Persona in a brand-new story as you dynamically control your team through explosive combat as you battle across Japan on an incredible road trip. I must admit that if you haven't played Persona 5 or Persona Royal, it can be a little difficult to master Strikers at first, but it is not prohibitive. Persona 5 Strikers follows on from the events of Persona 5, summer is here, and the Phantom Thieves are set to reunite for a camping trip holiday, Ryuji and the Protagonist are on their way to get the necessary equipment that they need for the trip when they are drawn to an event hosted by famous model and fashion designer Alice Hiiragi who tells them that she would invite them to become friends on EMMA, a new Alexa style AI companion but as soon as the protagonist enters the friendship keyword that Alice gave him into the app he is transported into an alternate dimension that is similar to the world that we came to know in Persona 5.

Change of Heart Pandemic
Persona 5 Strikers does introduce us to some new language and concepts but overall the main themes are the same, some humans become advanced enough to hold sway over their people in a worrying pocket dimension, where Monarchs have the ability to brainwash large swathes of the population in the real world which is known as the Change of Heart Pandemic, the only way to put a stop to it is for the Phantom Thieves to travel across Japan on a monumental road trip. Persona 5 Strikers is a fantastic evolution of the story that I came to enjoy the first time around, it was so nice to become reacquainted with the Phantom Thieves, not only the banter is memorable the traumas that I learned about earlier now have been coming to terms with and are used to meaningfully help others. The baddies are not evil or bad but people that have made the wrong choices in their lives which have had the effect of hurting other people, this makes them more interesting and relatable.

Great New Locations to Discover
Fans of the Persona franchise will feel a comfortable reassurance with the plot and characters that they have come to love, and for newcomers, there is a whole new world for you to explore. Great new locations to discover and new characters to enjoy fighting. The emphasis of the game is more on the combat which reminds me of the Dynasty Warriors series gameplay if you like JRPG the plot and action of this game work exceptionally well and the subtle improvements to both the visual elements and soundtrack make this a high-class game that seems to improve every time.