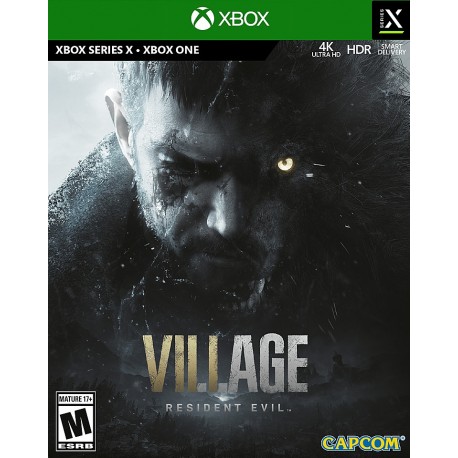 Following on from the horrific events of Resident Evil 7 Biohazard, the eighth installment in the Resident Evil franchise, Resident Evil Village continues the story where its predecessor left off. Once again, we are reunited with Mia and Ethan Winter as they have tried to move on from the nightmare events of Baker's plantation. When they think that they are finally free of the past terrors that befell them, the arrival of the legendary hero from the Resident Evil series, Chris Redfield's appearance is not what it seems and could be shrouded in sinister motives thrusts them back into tragic circumstances that will destruct their happy lives and leave them disturbed by events out of their control. This will leave Ethan spiraling out of control as he takes a devastating journey where he finds himself in an isolated snowy village, desperately searching for answers to how once again he has been forced into a living nightmare.

Fun to Play and at Times Hilarious
It is all that you would expect from a Resident Evil franchise game. Resident Evil Village is suspenseful and has a dark atmosphere, but then that is countered by the fact that it is fun to play and at times funny and light-hearted, as the devs, Capcom has thrown together every known genre of classical horror both old and new, that are favored by horror fans and gamers alike, all bundled up into a witty, terrifying, roller coaster of emotion, taking in such classic film styles as Poltergeist, Nightmare on Elm Street, and even Jaws, making what feels like an enjoyable interactive movie, the cinematic quality, and scenes are that good.

Pulled Out All the Stops
Capcom has gone and pulled out all the stops when creating their monsters, enemies, and bosses. The Four Lords of the village who each control a certain area, are Donna Beneviento who dresses all the time in black and carries a puppet doll that is wearing a white wedding dress, she is called Angie, Karl Heisenberg is the lord that controls the area around the factory. Salvatore Moreau is a repulsive lord who controls the village's reservoir and the infamous Lady Dimitrescu with her amazing foot-long nails and enigmatic beauty. There are two more that you will only come across in the finale, but that would spoil it, so you will have to discover those for yourself, but the minions are pretty impressive too, Lycans and Large Lycans appear in the village whereas Moroaica and Samica can be found at Castle Dimitrescu, the Baby that stalks the House Beneviento is quite terrifying and there are various creatures that occupy Heisenburg's Factory, Soldat Eins, Soldat Zwei, Soldat Jet, and Soldat Panzer can all be fatal.

A Must Get for Any RPG Horror fanatic
Fantastic settings, loads of testing and deadly creatures for you to defeat, tons of upgrades to increase your character's abilities and loads and loads of fun film references whether the well-crafted environments that come straight out of the most popular movies of the genre or the stylization of the atmospheric settings all perfectly rendered in fantastic detail. The game is a must-get for any RPG horror fanatics that enjoys a lot of fun.