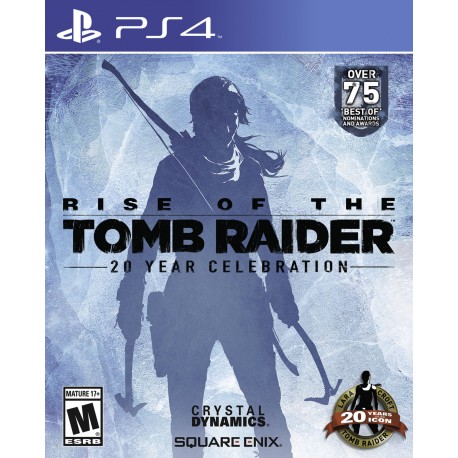 In Rise of the Tomb Raider, Lara Croft becomes more than a survivor as she embarks on her first Tomb Raiding expedition to the most treacherous and remote regions of Siberia.

Rise of the Tomb Raider: 20 Year Celebration is PS4™ Pro Enhanced and offers three modes to customize your gaming experience: 4K Resolution for unprecedented fidelity, High Framerate for even smoother gameplay, or Enriched Visuals for the lushest and most realistic graphics possible.