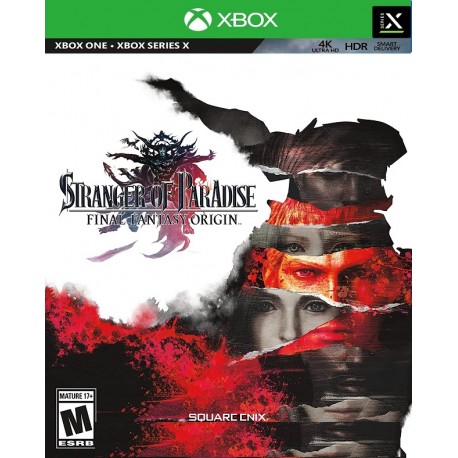 With the memory of their struggle buried deep in their hearts. In this hardcore RPG, Jack must face numerous challenges to bring the light of the crystals back to Cornelia, a kingdom conquered by the darkness. It features action gameplay where you can use a wide variety of action moves to survive furious battles and scatter your foes before you, as well as RPG elements collecting numerous tasks and weapons to customize and develop your characters. The game can be played at several levels of difficulty. Will restoring the crystals of light usher in peace or a new form of darkness, or perhaps something else entirely different. Fight your way through intense battles with a wide variety of weapons to battle your enemies. You can play with your mates in groups of up to 3 other players through the online co-op multiplayer mode.

Various Levels of Difficulty
An individual aspect of Stranger of Paradise Final Fantasy Origin is the Job System which has always been a factor throughout the Final Fantasy franchise, unlocking both passive and active talents of the different talent branches, and believe me you will need as much variety as possible, every branch decides what weaponry you can possess and that in turn determines which new abilities you can gain. As a magician, you can destroy your enemies with destructive and powerful attacks, but be aware that when your Mana Pool is empty you will have to resort to your melee attack until the pool is replenished. Luckily for the new player Team Ninja has incorporated various levels of difficulty, including Story, which will massively reduce the damage you receive, Action is the middle ground that still gives you some useful advice when you are finding hard going and finally there is Hard which does exactly what it says on the tin. When the game is completed, you can unlock another level that fanatical Team Ninja fans are going to enjoy.

Roll Back the Clock
Team Ninja has turned back the clock with Stranger of Paradise Final Fantasy Origin, it expands on the very first Final Fantasy from way back in 1987 with its very own multi-layered backstory. For those of you, that would take pleasure in understanding so much more about the origins of the iconic, long-running JRPG series. The plot of this story will give you some insightful background information about the now-famous franchise, with twists and turns all the way through, and you will not get to the bottom of their backstories until the very end of the game, which with such testing gameplay mechanics you will have to be at your most alert and your reactions with need to be razor-sharp to combat regular spikes in difficulty. Battle with Jack an angry soldier that is obsessed with revenge and hatred for an entity known as Chaos, destroy your enemies that not only have the usual life bar, but also a Break Gauge that when it is depleted allows you to attack them with your Soul Burst attack that instantly and enjoyably brutally kills your enemies. Meanwhile, there are a variety of effective defensive maneuvers to avoid taking serious damage, you can parry, dodge by rolling away, and the impressive Soul Shield can absorb various attacks and later turn them back on your enemies to help you protect your hero.

Boss Fights That Will Test You
For fans of the Final Fantasy series, this exciting game is everything that you will want from it, a great storyline with dramatic twists and an interesting peek into the background of some now considered classic stories, Boss fights that will test you completely and destructive combos are the bedrock of the gameplay mechanics. Excellent HD graphics enhance the environment and the sharp and clear animation is something to be admired. For the rookie, the Team Ninja has made it possible for you to enter the battle without having to learn all the complicated actions that you will master once you advance. Go back in time and see where it all began with Stranger of Paradise, Final Fantasy Origin.