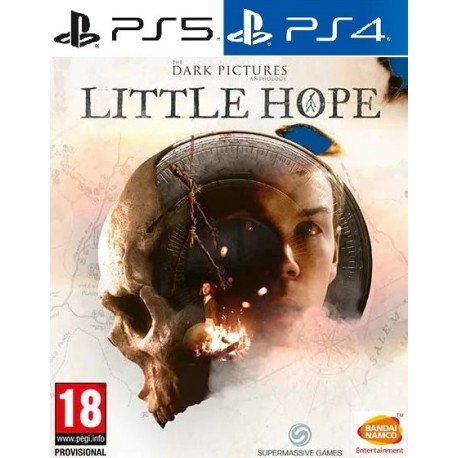 The Dark Pictures Anthology is an enthralling series of incredibly intense, stand-alone, and branching cinematic horror games that can be played in both single-player and multiplayer modes, in the case of Little Hope which is now available for both the PS4 and PS5, the game follows four young college students and their professor who have become stranded in a small abandoned town called the titular Little Hope, they are trapped there by dense impenetrable fog as they desperately attempt to escape they are constantly plagued by terrifying visions from the past. Can they discover what is the reason for these horrific, petrifying apparitions before the dark forces of evil that torture and surround them can drag their souls down to hell? The alarming visions that are haunting them seem to be connected to the events of the 17th century Andover Witch Trials, from which they must escape the ghostly figures that stalk them through the dense fog. Can they survive or will it be a case of abandoning hope ... all who enter here!

Will Get you Hooked and Invested
The Dark Pictures Anthology, Little Hope, starts with a heart-pumping adrenaline-fuelled prologue scene that will get you hooked and invested in the five main characters immediately and their struggle to survive. Most of the time you will play as their de facto leader, Andrew, played by the fantastically talented Will Poulter. Supermassive has designed the game to be more suspenseful than downright jump out of your seat scary, which provides the player with an interesting alternative that will indulge both your inner detective and your survival instincts. After their bus crashes, the students and their professor set off in a search for help that leads them to the fog-bound town of Little Hope.

Find a Way to Get Out of Little Hope
The main protagonists in the developing story are, the Teacher John who along with Andrew is calm and controlled as the two are often together and depending on the choices that you make as the game progresses the two work well together but as this is a game of decisions how Andrew interacts with Angela, Daniel, Taylor and later Mary with deciding all of their relationships and in some cases their fate. As with the other games and movies in the horror genre, a group of students is left stranded just outside what seems to be an abandoned town after their bus crashes, they must find help and find a way to get out of Little Hope. There are many layers to the plot and without spoiling the game all that I can say is that the storyline swaps from present to past and back again uncovering the brutal past of the eponymous town and the environments of derelict houses, ominous woodland paths, and spooky graveyards create tension as you explore, collect items read diaries and use your skills to put the pieces together and discover the truth of why the town is haunted, there is so much more to reveal that I found myself replaying the game with the benefit of hindsight which made it a different experience.