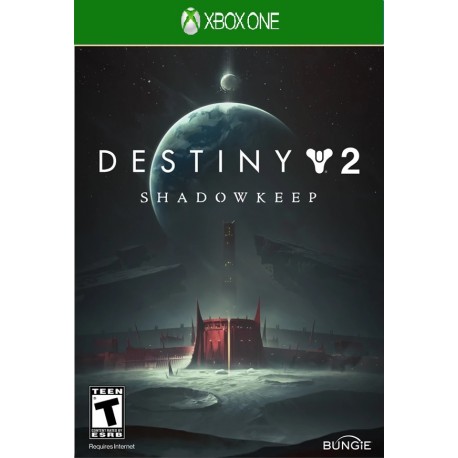 Fulfill your destiny and live your nightmares in this amazing chase of the haunting visions alongside with Eris Morn. Choose to slay the deadly dreams in this first-person shooter that leads you to a destination so familiar but also so frighteningly unknown, The Moon. The dark era has returned and humanity is now bound to darkness unless you become the hero and succeed in defeating these terrifying forces that have taken control.

Destiny 2: Shadowkeep does not require ownership of Destiny 2, or any previous expansions to purchase or play.

• Season Pass for Season of the Undying*

*Destiny 2: Shadowkeep includes a digital copy of the game and a single Season Pass, providing exclusive activities and rewards.

Why is it that the shadow and the moon are so frightening and so undesirable? Because they metaphorically represent the dark and unwanted part of ourselves. In every human being, there is some evil, that only a few are even willing to admit. There is good and there is evil in each person, but the evil is in most cases the one that is set aside as unwanted or even untrue. The fact is that even though many want to reject this, in us there is bad as well as there is good. What we do with it, how we accept it and treat it is key. In some cases, if not in all, the bad and unwanted part claims its right at some point in life and appears and turns your world apart when you least expect it and it lets you wonder why it happened to you.

Destiny, The Shadow, and The Moon have so much in common and the significance of all tree alongside with the terror of nightmares is the perfect projection of how each and every one of us should accept our shadows, go and chase nightmares and make peace with all the evil in order to restore peace in our personal universe. It is not easy, it is not nice, but it is necessary as hell and will ultimately lead you to light.