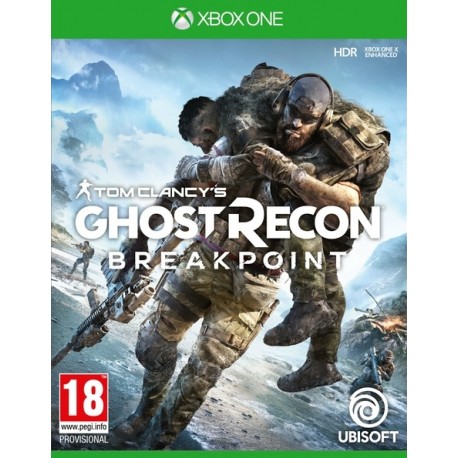 Choose a military shooter that is featured in a world turned upside down when you know no more who is a friend and who is a foe. Tom Clancy’s Ghost Recon Breakpoint is a shooter that takes place in a world where war has emerged once again and where you are now a Ghost, an Elite US Special Operations soldier, that has to find the power to fight the most unbelievable enemies.

The world is unrecognizable because the special operations colleagues have now been infected by a virus and have turned against you. You are now alone in a mission to find out who is responsible for this fanatic upside down and you have to fight both known and unknown enemies in order to regain control and transform the world as you knew it.

Choose from a wide variety of weapons, special powers, armor, and abilities to grow on your beloved character and send him as prepared as you can in the mission of regaining the friends he once knew. It is indeed the most painful hit when your brothers betray you and when it seems that you are all alone in a world of strangers. However, if you look closer and if you find the wits to search where you should, you will for sure end up finding people even more suited to have around, and, why not, people that will stay by your side maybe for the rest of your life or at least until the next episode is launched and another virus released.

Or, instead, you can choose not to be alone from the beginning and join in co-op online or even PvP. Either way, the progress with the character stays the same in any of the playing options and so you get to build the persona you desire and throw them into any context you want.

Feel free to explore strategic moves, harsh combat and so much more in a shooter with mind-blowing graphics and a story that cannot be easily forgotten or put aside. When the friends turn on you and you have to fight against them you start wondering why aren't you on the other side, why did harm exclude you and not the others. Are you in a way so special and you haven't noticed yet? For sure you are! The evil has missed you because you are the special one that will have to succeed and make the right choices to restore the universe and decide which good forces will rule the world after that.