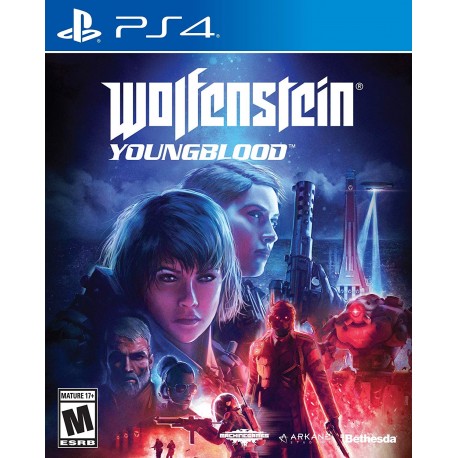 Wolfenstein: Youngblood is the first modern co-op Wolfenstein adventure that has fully embraced the feminine power at its best.

The story begins nineteen years after the events of Wolfenstein II, BJ Blazckowicz has vanished after an operation into Nazi-occupied Paris. Now, after a tremendous amount of training from their strong and fiercely father, BJ’s twin daughters, Jess and Soph Blazkowicz, are engaged in a fantastic adventure.

Discover the power of women and have so much fun in this wicked world of the Nazis. Everybody knows that women have always been underestimated and still are in some parts of the world. Even in so-called evolved countries, the "weak" gender is massively discriminated against, and being a woman comes with built-in disadvantages.

Wolfenstein: Youngblood PS4 & PS5 Game comes along to dissolve the myth that women are weak elegantly and to combine the most desirable customization features to fit the profile of the player who wants to prove not only equality but supremacy and complexity of women.

Play by yourself or make a team of two to represent the idea that survives for decades now and that still has to be proven. Build your career, grow and personalize your character to better represent your style. Level up, explore, and complete missions to unlock new abilities, weapons, gadgets or cosmetics.

Wolfenstein: Youngblood features the most open-ended Wolfenstein experience to date. Feel the thrill of combat while exploring the roads of Paris and feel the French heart and the amazing “fromage” taste. The operations are based where the evil begins, so you have to prove that your training was not for nothing and that you can save the world from the danger that has been cast upon it. Make a plan of attack and think your every move in the mission of dismantling the Nazi regime.