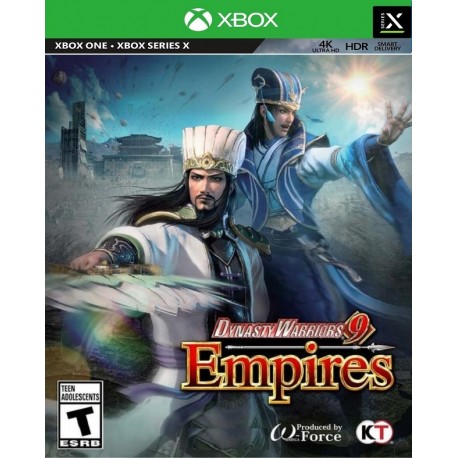 Make your gaming life stand out on the battlefield! With the latest edition of the “Empires” series, which allows the player to enjoy the experience of one against a thousand troops and the intricate simulation of conquering hostile nations.

Dynasty Warriors 9 Empire Points
Take charge of your army freely! Launch thrilling Castle Assaults! The combat has advanced from the previous games “Battles” to the new concept of “Castle Assault”, which are fought in the area surrounding each castle. In an ever-changing environment, use clever strategy and military might to enjoy this new style of conflict, where the main concept is “What is the best way to conquer this castle?”

There is a Policy system that allows an officer to strengthen the country he works for with his character and confidence. With policies, the decisions and interactions of your officers will lay the foundations of forces. Players are able to enjoy varied lifestyles where you can play, rulers, generals, unaffiliated officers, and more. An officer's abilities and interactions with other officers will help him strengthen the country he works for.

A full life of drama! The “Edit Mode” is remodeled.
The game includes Edit Mode, one of the most popular aspect of the Dynasty Warriors series. Where players can create their unique custom officers by incorporating different items. With all 94 Musou officers and over 700 generic officers from Dynasty Warriors 9, players can enhance their gameplay experience with their own people.

Entertaining and Compelling
We rejoin the Empires' series as it does what it does best, entertaining, compelling, with complete customization of the exciting campaigns. Each campaign involves you in conquering China as an officer working for your chosen ruler, or as a commander yourself. Using a monthly calendar where you plan your empire conquering movements or leading the way into slice and dice engagements with your compatriots.

Based on historical battles
In conquest mode there are eight entertaining scenarios, seven are based on historical scenarios and the eighth is an all against all mega conflict, giving Madrazos to point out which is the most popular and depending on which character you pick his clan will determine which region you will begin in. Not forgetting the Roving Officer character who remains independent as a mercenary until he seizes a territory or swears allegiance to a particular ruler. Depending on the rank of your character (officer, general, ruler and tactician) you will have different strategic objectives to play with. Included within this strategic system is the “ride mode” and the “Home system”. In stroll mode you can make and enhance friendships or even romance with other officers, in addition to freely exploring china unlocking a multitude of fast travel points because of the huge size of the maps.

Marry an officer of the opposite sex
For the first time Dynasty warriors 9 Empires allows you to marry an officer of the opposite sex, if you win the scenario with both your spouses still alive they will spawn a child, who will inherit different qualities from its parents. You also will be able to create 3 oath brothers with two other officers that will unlock special scenarios and extra rewards.

Dynasty warriors 9 Empires is a brilliant combination of hack and slash action and tricky strategy, that is even better due to its character editor and massive maps. Easy to master game play and an interesting storyline add to the whole experience, with endless different combinations of skills, officers and alliances for you to create your personalized army. Hours of addictive gameplay will keep you entertained as you battle to unify and control China.