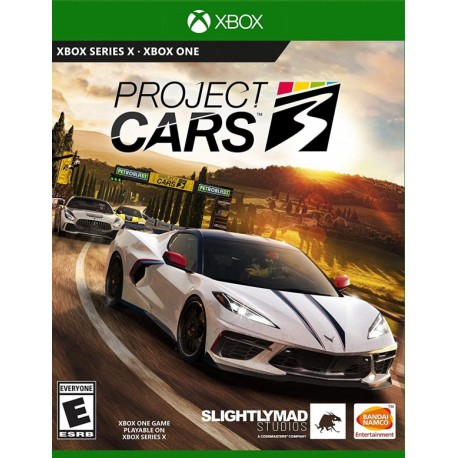 Own Your Own Journey

Enjoyable, Hardcore, Arcade Racing Game
Firstly I would like to say that Slightly Mad has made a complete handbrake turn from a sort of flawed racing simulation, to a hard-driving arcade racer in one momentous move, gone are the obvious, predictable racing simulation staples such as fuel levels and tire wear, as they are replaced with something more intent on making the driving experience more of a pleasure instead of a complete pain, also the erratic handling that curtailed my enthusiasm with the first two titles in the series have gratefully been replaced by the Project Car 3's own unique gameplay system that can now cope with the oversteer that seems to be prevalent with most of the roster of fantastic cars that are drivable by you during the game. This makes Project CARS 3 more of an approachable game for the average motorsport-loving gamer. The whole gameplay system has been reduced down from the elaborate changing tire pressures on the rears down to a more simplified version and believe me, it works no longer is Project CARS a serious solemn game that appealed to only those fans looking for realism, to a fun and enjoyable, hardcore, arcade racing game, and it really is now a fun experience.

Taking the Project CARS Franchise in a Completely Different Direction
There are a fantastic amount of realistic and lovingly detailed vehicles for you to experience, from a humble Opel Astra TCR from 2018 through some classic cars of the Lotus type 49 Cosworth from 1967, road cars such as a Jaguar F-Type SVR Coupé to pure racers like a Porsche 918 Spyder Weissach Racing. In total there are over 200 elite vehicles and each one is exact in appearance, detailing, and handling, as for the tracks, well they go from one extreme to another, try a rainy day in Cheshire at Oulton Park, which I have had the pleasure of riding around in my misspent youth on my Honda SS50 hitting speeds of 35mph, but that is another story, but I can tell you that I was impressed by the realism of the track, or you could be in the blazing sunshine at the Dubai Autodrome. There are over 120 tracks and believe me, that is a lot of racing to enjoy, street courses, or iconic tracks like Silverstone you can take your pick from any of this plentiful amount of tracks in countries from all over the world. Sometimes a step back is the best way to go forward and Slightly Mad seems to have made the right decision by taking the Project CARS franchise in a completely different direction and boy does it work.