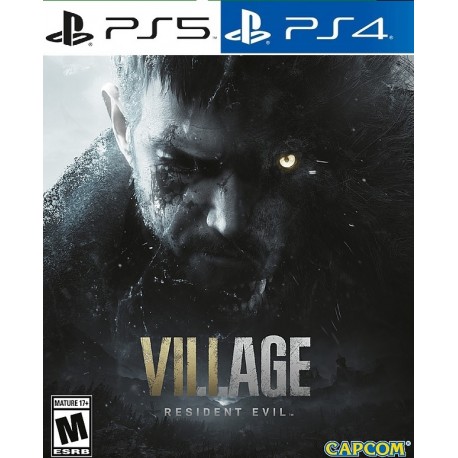 Resident Evil Village the eighth gruesome installment in the RE franchise, picks up the story where Resident Evil 7 Biohazard left off, we are once again reunited with Ethan Winters and his wife Mia who are now happily living a new life in a new location, after trying to put behind them the terrors and nightmares of Baker's plantation, just when they thought that they have found freedom from their past traumatic experiences, they are befallen by tragedy once again. The iconic hero from the Resident Evil series Chris Redfield makes a return, but this time there is something suspicious about his motives and why when he reunites with the Winters it quickly disrupts and tragically disturbs their new life, as Ethan spirals out of control with feelings of complete devastation as he finds himself isolated in a remote snow-capped village where he desperately seeks the truth and searches for answers as his nightmare continues anew.

Every Genre of Horror Classic
It is everything that you would expect from a classic Resident Evil game. Resident Evil Village is ominous and dark, but the good news is that it is fun to play and at times incredibly humorous and light-hearted, as the developers Capcom have mixed every genre of the horror classic old and new that is loved by horror fans and gamers alike and bundled up into a witty, terrifying, roller coaster taking in such classic film styles as Friday the Thirteenth, Nightmare on Elm Street, Scream, and even Jaws, making what essentially feels like an interactive movie, the cinematic quality is that good.

The Four Lords of the Village
Capcom has gone overboard on their monsters, enemies, and bosses. The four Lords of the village that each ruler in a specific region are Donna Beneviento who dresses all the time in black and carries a puppet that is wearing a white wedding dress called Angie, Karl Heisenberg is the lord that controls the area around the factory. Salvatore Moreau is a repulsive lord who controls the village's reservoir and the infamous Lady Dimitrescu with her amazing foot-long nails and enigmatic beauty. There are two more that you will only come across in the finale, but that would spoil it, so you will have to discover those for yourself, but the underlings are pretty impressive also, Lycans and Large Lycans appear in the village whereas Moroaica and Samica can be found at castle Dimitrescu, the Baby that stalks the House Beneviento is quite terrifying and in the factory, there are various creatures that occupy Heisenburg's Factory Soldat Eins, Soldat Zwei, Soldat Jet, and Soldat Panzer can all be fatal.

Loads of Excellent Film References
In closing, Resident Evil Village is one of the most enjoyable games that I have recently experienced, humorous, yet chilling, with loads of excellent film references and settings based on some of your favorite horror film locations. With or without a PS5 the graphics are quite stunning with great realism and with loads of gratuitous blood spurts and gruesome action, this game will become an RPG must buy.