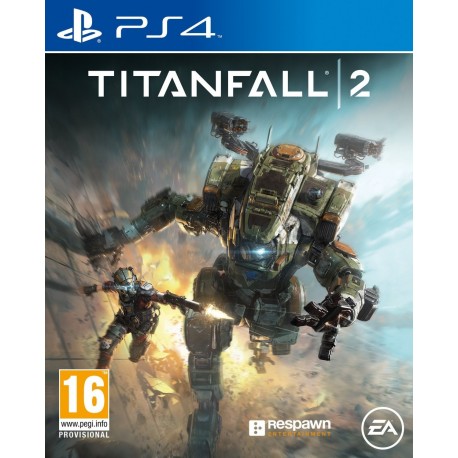 Get the Titanfall® 2 Deluxe Edition to stand out on the Frontier with Prime Titan variants for Ion & Scorch, available this December. These updated Titans change the sound effects and offer up devastating new executions. On day one, customize every Titan with instant access to Excalibur Chrome Warpaints and Thunderbird Nose Arts, as well as the Splinter Ocean and Quantum Ocean Camos for every Titan, Pilot, and Weapon in the game.

Bigger weapons make better friends in Titanfall 2, the epic follow-up to the genre-redefining Titanfall. Respawn Entertainment brings you a new, innovative single player campaign and fast paced multiplayer experience. Combine and conquer with new Titans and Pilots, deadlier weapons, and plentiful unlocks that help you and your titan flow as one unstoppable killing force. Unite and destroy. Become One.

Unlock the Battlefield™ 1 inspired Red Baron Warpaint for the Ion Titan in Titanfall 2 by playing both games on the same account.