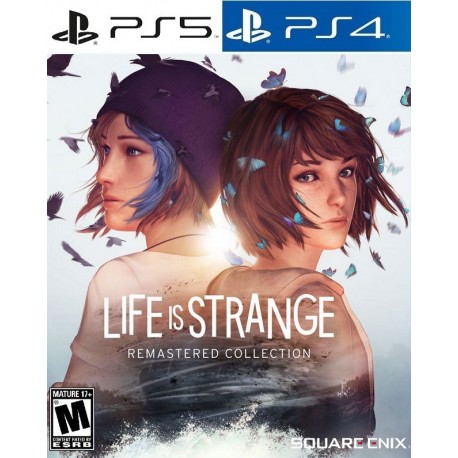 Move Around Freely
Welcome back to Arcadia Bay. It has been 7 years since the first in the Life is Strange set the gaming world alight, Deck Nine have remastered the nostalgic journey that intertwines a wonderful coming-of-age drama and an intensely dark, puzzling story that has many twists and turns. For the majority of the game, you will be decision-making about who your character talks to, what she says in the cutscenes, you control what your character does like a storybook where you decide what comes next, otherwise you control her from the third-person perspective. You can move around freely and explore your surroundings, use different objects, and collaborate with the people that inhabit Arcadia Bay. There are a series of optional collectible objects that are concealed in every episode

Excellent Cutscene Gameplay Balance
The cleverest part of the game is how you can benefit from doing some extra leg work and discovering more details about the game's main characters. With an excellent cutscene gameplay balance, it allows those who have the curiosity to explore with the freedom to do so, but for the more focused player, you can simply complete the required tasks and advance.

Explore With Freedom
It is the graphics that really stand out when you commence playing life is Strange: Remastered Collection. The improvements made to both the visuals and animation, the colour grading, detailing, lighting, and textures have all been enhanced as Deck Nine has developed one of the greatest remasters that we have seen. With superior shading, you can see the dust float through the air or a glint of sunlight as you pass by a window. The British Indie group Daughter has written and performed the score, the game's soundtrack includes rock, indie-folk, and alternative tracks that do not dominate the interactive events taking place but instead, enhance the mood of each scenario.

These Intriguing Classics
A fantastic updated and tweaked version of this intriguing classic top ten game, Deck Nine has cleverly created a whole new experience. If you have played the game before then you will immediately be appreciative of the stunning improvements to the graphics, finer detail and the bonus play that the developers included in their all new and improved presentation of life is Strange: Remastered. To those new to the games, then you have a great adventure ahead of you. Intuitive controls, cinematic cutscenes, a constantly changing storyline, and wicked music combine to establish this game as a leader in its genre.