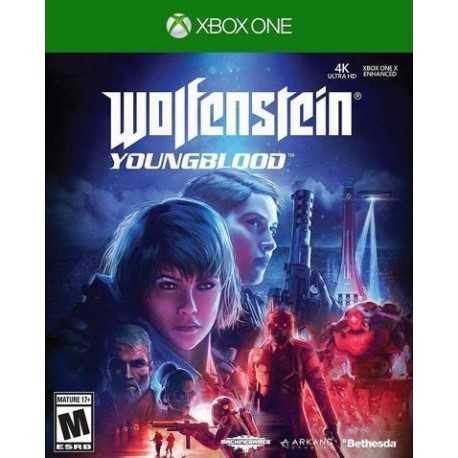 Play Wolfenstein: Youngblood and discover the secrets and challenges is Nazi-occupied Paris! The co-op adventure shooter loses BJ Blazckowicz after a mission in Nazi Paris, this happening after nineteen years after the events in Wolfenstein II. After this disappearance, the two twin daughters are bound to take action and explore the hostile city in trying to find their father. As you progress in the story, you get the chance to unlock new weapons and use them to solve the next mystery, and then unlock other skills and gadgets or even cosmetics. You can customize your character as much as you want and make it represent the power in you and also the power of women.

Your final mission is to defeat the whole Nazi regime, and that can seem a little out of reach for two young girls in search of their lost father. But you can never underestimate the power of women and so much more, the power of daughters that have the secret weapon of love for their father besides all the physical weapons they masterly use.

Enjoy the beautiful Paris and its mysterious streets while in search of secrets and in battle with cruel enemies that would do the unimaginable to defend the regime. Let us never forget that this was the case, when real people, real and almost normal persons have chosen to follow the Nazi doctrine merely asking themselves if this is or is not a good choice. The matter was then studied and amazingly proved that a huge seventy percent of normal people, with casual interests and lives, will follow authority up to the point where they kill someone only because they are told to do so.

As in politics nowadays, or in the grey Nazi past, the irrational forces of totalitarian regimes are all around us and now in the fantasy world of Wolfenstein: Youngblood you have the opportunity to stop them and do the things that you cannot do in real life because of civil rights and because you are a decent person.