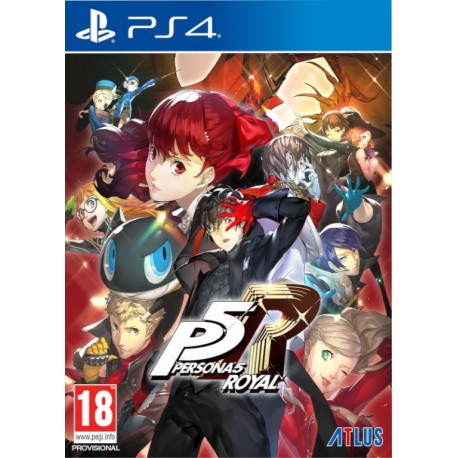 The next level
While in a full season of remakes, Persona 5 Royal is really the ultimate master proof that something old can become something new and awesome. If you wondered what it means to take something good and take it to the next level, then Persona 5 Royal is the game you were waiting for. Everything that happens to you is designed to get you where you are today. So transform this into the experience you had before with Persona and take it to the next level of complexity, adventure, and design. Persona 5 Royal is exquisitely leveled up and is another confirmation of the fact that Altus is doing a hell of a job.
The realm of fantasy and the details of combat come together as one in a truly immersive story that can both twist your mind and also leave you wanting more. The way that the adventure in Tokyo unfolds is captivating and gives a sense of meaning and mystery while braiding the old and the new in each infiltration.
Gameplay
Overall, Persona 5 Royal benefits from a real improvement in gameplay, Altus has done a great job of getting rid of the unpleasant features and adding some awesome new ones. The plentiful ammo that refreshes after each combat is a blast and the way that guns are used in time gives you more space for thought and for the wise use of what you have available. The showtime attacks are a welcomed add and all is sprinkled with a delicious style in animations and effects that make everything even more attractive. When you feel that something is right, then everything that you encounter is a confirmation of your beliefs, and every choice in your mission will lead you to build an even brighter image of what has been created. The same goes for Persona 5 Royal that offers a great and spicy variety of enemies that you can battle and “take care” of, so their sometimes volatile existence is even more engaging.
The challenge is that at every encounter you have to change your strategy, meaning that skills like strategic thinking, imagination, and logic are a must for your success. Also, the changes in the game itself force you to use different approaches to each combat and mission.
Storyline
The creative Persona 5 Royal story will definitely leave you in awe with the expanded version of Persona 5, but with a variety of motives, dungeons, and realism. It will definitely catch your breath like a really beautiful dream that unfolds right in front of your eyes and spirals up to the unknown and take you into this amazing world that you could never have imagined. The objectives of your enemies, the appearance of the thieves, and the places that you must visit are an invitation to explore those same exact prisons and heavens that lay in your mind and soul. Every fantasy game brings along an awakening of something within yourself that needs to be freed or unleashed, so consider yourself lucky to have the possibility to do that in a safe place in front of your PS4 & PS5.