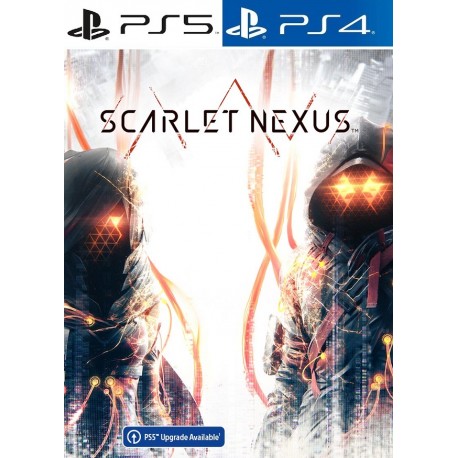 In a world set in the far off future, a hormone was found in the brain of humans that endows people with some incredible extrasensory powers, and brought a complete change to the understanding of the world as we knew it. As Humanity entered into a golden age it was quickly crushed by the arrival of the mutant monsters that were known as The Others, they arrived from the sky with an insatiable hunger for the human brain and an ability to resist all known methods of attack known to man. With the fate of humanity at risk, drastic measures were needed to combat the endless attacks by the deranged mutants so the OSF Other Suppression Force was formed to coordinate the recruitment of the most powerful Psionics, people with the most powerful extra-sensory abilities were scouted for their incredible talents as the last line of defense against an overwhelming enemy that would not stop until the whole of humanity was forced into extinction.

A Fascinating Dual Story
The game has a fascinating dual storyline with our two protagonists being either Yuito Sumeragi a new recruit that is enthusiastic and energetic, who comes from a prestigious political dynasty or the secretive and mysterious scout Kasane Randell who is famous amongst her OSF, having earned notoriety for her skill and bravery in the brutal conflict with the Others. As the two stories intertwine with each other, they reveal the full story and will reveal the mysteries of a Brain Punk future that is caught between the two worlds of technology and psychic abilities that is Scarlet Nexus.

Intriguing Twists and Turns
Bandai Namco have created a futuristic anime-style presentation that is not just defined by its appearance, but by its enthralling plotline and its excellent combat system that is every bit as good as the impressive as the Brain Punk styling that runs throughout the game. In an alternative future where large portions of society are born with amazing abilities, using these psychic powers the OSF recruit these special beings and interconnects them to a type of technological net that allows them to communicate with each other, to share their varied abilities and can create dynamic binds which connects them together to increase their substantial powers. The world of Scarlet Nexus is at risk of revolution, with conspiracy theories abound and the end of life as we know it is too close for comfort, (which seems to remind me of the current situation here). The narrative of the game has plenty of intriguing twists and turns which will keep you riveted and make you concentrate not to miss any of the key information.

The Best Combat System Ever
Scarlet Nexus is a great third-person action exploit Role Playing Game with one of the best, compelling combat systems ever to develop in an RPG. The system is divided into three parts with varying sub-systems and distinctions in those main categories which are Melee attacks which are split into light and heavy attacks, each of which fills up the psychokinesis bar that allows you to interact with the environment, plus other Psionics in your group can also lend you their own special powers. When the psychokinesis bar is full you can use things in the vicinity and hurl them at your enemies, unique to the Scarlet Nexus combat system are the clever techniques that tie together your moves that will create a secondary attack, while throwing an item via telekinesis you will initiate powerful combinations in the flow of the mechanics will have you using every variety of attacks at your disposal.

The Game That Has Everything
Scarlet Nexus is stunningly designed, with the anime-influenced storyboards, animated scenes, and unique comic book cut-scenes. The audio system is impressive, using relaxing acoustic tracks while you meander through the Scarlet Nexus world, but changes dramatically to full-on fist-pumping electronic tunes as you enter into a conflict. This is, without doubt, a game that has everything, It is an entertaining game that has about 50 hours of engrossing gameplay with each character, so you had better get set for an all-nighter that could stretch out to days, so you had better stock up on drinks and snacks as you maybe some considerable time.