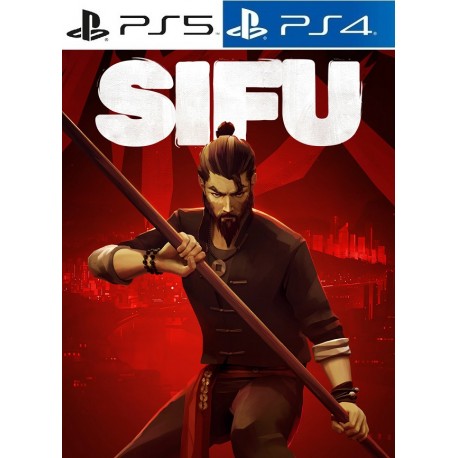 Is One Life Enough to Know Kung Fu?
Sifu is a stylish and gritty beat-em-up, with instinctive hand-to-hand combat in modern urban settings. From the Sloclap studio, creators of the highly commended PS4 fighting game Absolver, Sifu follows a young student of kung fu as he heads on a journey of revenge, searching for the murderers of his family. Alone against the world, he has no allies and endless enemies. He will have to depend on his unparalleled kung fu mastery to prevail and preserve his family's legacy.

On the Path of Vengeance
The search for the assassins who murdered your family will take you through the dark alleyways of the city, from gang-controlled urban suburbs to the sterile halls of corporate buildings. You have only one day and an unending amount of enemies that will pay the price.

Adaption is the Way
Kung fu is the way of both the body and mind. Learn from your mistakes, unlock individual skills, and find the strength within yourself to master the destructive techniques of Pak-Mei kung fu.

Never Ending Training
Careful positioning and clever use of the surrounding environment are the key to your success. There are items that you can throw, makeshift weapons, windows, and ledges, you will have to use everything available to you to succeed.

Impressive Tribute to Martial Arts
Once you are in the flow, Sifu is incredibly engaging, with pristine graphics combined with excellent audio design to produce one of the most spectacular salutes to martial arts that you have ever experienced in a video game. Beating what some would consider an unbeatable brain-teaser is the main concept of Sifu, and when you look back as you breeze through the earlier levels without breaking a sweat, you will then realize just what enriching this game is.

Extremely Satisfying
Both you and your varied opposition have two bars that you must monitor, a health bar and a stature bar. The stature bar increases whenever you block or receive a hit, but if it breaks you are left utterly defenseless for a few moments, which unfortunately is usually enough time for your opponent to finish you off. Equally, if you break your foe's fortitude you get to use the extremely satisfying take-down attack, to flatten your enemy.

Super Tight Controls
Systematically introducing new moves and attempting to learn the weak points of new opponent types can be intimidating, but there is a sense of accomplishment that makes it feel very rewarding. The Sifu gameplay feels great to play at an incredibly smooth 60 frames per second on PlayStation 5, combined with super tight controls and some well-conceived DualSense functionality. The haptics deliver subtle vibrations adding power and reality to each blow, block, or parry.

5 Beautifully Crafted Districts
Aging is one of the main aspects of the game, as Sifu ages, he deals more damage against his opponents but has a reduction in health, unfortunately, it mimics life with that, you enter the game at the young age of 20 and journey across 5 beautifully crafted districts, every district is led by its own boss which has their own unique abilities, there is the Botanist who lives in the warehouse zone, the CEO who runs his empire from a heavily guarded tower block and the Chief a scholar whose hands are covered with the blood of his enemies. Every district is jam-packed with foot soldiers that you will need all your skill and experience to defeat.

Tough, yes it is, rewarding, unique, and addictive gameplay combined with clean brilliant graphics and a great soundtrack make it one hell of an all-around experience. The mixture of classic beat-em-up with an absorbing storyline as you accompany Sifu on his journey of revenge provides exhilarating and thought-provoking entertainment. The cinematic flair, the interaction with objects that give you a sense of touch and motion. Discovery is a great part of the enjoyment and with so much to explore and unlock, you are guaranteed hours of pleasurable gameplay.