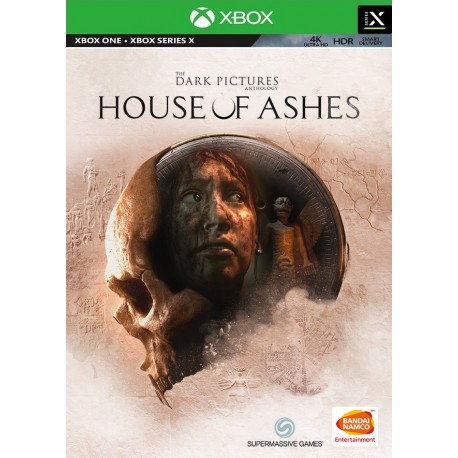 The Dark Pictures Anthology is a series of branching narrative horror games where the choices you make determine the storyline and how it will end, House of Ashes is the third game in the franchise.
In this latest plot which is set just before the end of the Iraq war as a group of special forces soldiers are searching for weapons of mass destruction accidentally something much worse, they find an ancient Sumerian temple that has become infested with terrifying creatures. To survive through the night, you will have to put aside your combat with your Iraqi enemies and join forces to stand a chance of making it through the threats that you face in this ominous underworld. As you pass through the subterranean labyrinth, you will have to battle against hordes of deadly monsters that are hunting you.
The successful two multiplayer modes that have been so popular have returned, so you can share your storyline with one of your friends or join a local 5 player mode and pass the controller to each other.

Masters of the Horror Genre
The franchise has kept all the best parts of the Dark Pictures Anthology like the great facial capture and life-like environments, but Supermassive has added some new difficulty options which will be key to the game. By using the enclosed camera angles and some clever use of the moody habitats, House of Ashes has a particular sense of claustrophobia and creates a high level of suspense and at times is downright scary. You will have no idea what is going to attack you when you turn the next corner. Supermassive has gained a reputation as the masters of the horror genre and are more than capable of giving you jump scares while maintaining a threatening and ill-boding feel to the game that will keep you perched on the edge of your seat throughout. For those of you that appreciate a good grizzly, gory death or two, crank up the difficulty to the hardest level which will make the QTEs even harder, then again for the nervous among you there is nothing to stop you from dialing it back a notch or two and play on easy mode for a more fun evening with your friends, you can do this either in the same room using Movie Night or you can play online as well. The game has been made especially to be scared and shared.

Lurking in the Darkness
There are five main protagonists who after a failed mission are trapped in the ancient ruins of a derelict Mesopotamian temple as they slowly realize that they will have to put aside their differences and their conflict to survive against whatever it is that is lurking in the darkness, our five main characters live or die all depends on the choices that you make, so for CIA operative Rachel King (voiced by talented actress Ashley Tisdale) or Iraqi Lieutenant Salim Othman it is your decisions that will decide their fate so choose carefully as there is no going back. There will be additional wild card personalities that assist you in your survival, but only if you can keep them alive long enough.

Impressive Slice of Horror
The fantastic thing about House of Ashes is that often, no matter which options you pick, it will always come down to one intense instant reaction, of course, this greatly adds to the pressure and gives it a menacing atmosphere that you will not get from any other game. House of Ashes is an incredibly impressive slice of horror, which will keep you fidgeting while you are perched on the edge of your seat all the way through. This is a game that is all about the choices that you make, some have immediate consequences and are obvious while others can take literally hours before they come to fruition, and they can be so important, but are never just black or white, good or bad. So choose wisely as it will be a decision of life and death, and there is no going back.