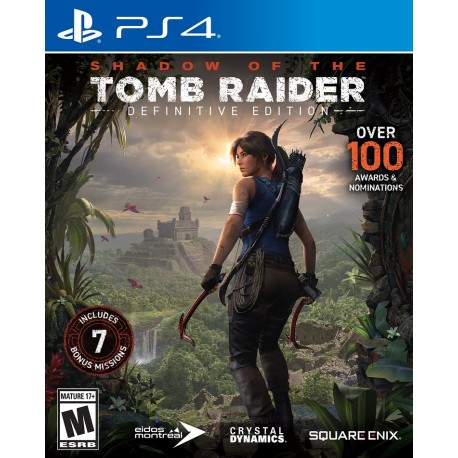 Everyone has heard about the abominable fate of Lara Croft that has to survive and fight in an aversive world of supernatural forces. What can now be different from one of our most beloved stories of heroines? Well, not a lot given the same plot of the archeologist that becomes a superwoman and notes all important elements in her beloved journal.
However, the story was well missed by the fans and the game Shadow of the Tomb Raider Definitive Edition comes along with the sweet taste of nostalgia combined with the mystery and the action that the heroine is involved in. Remember the fights and the difficulties and make the best out of Lara’s destiny to counteract the evil that has been released in the world.
Gameplay
The Pacific Island comes along with loads of mysterious tombs that have to be discovered and the secrets don’t cease to amaze the players. Even though you can move and explore at a very high pace, everything becomes new again even if you choose to visit areas that have already been explored. New items, new weapons appear and you can come up with new strategies and solve puzzles that are going to blow your mind once again.
When you think you’re finished with exploring one part of the amazing reality of the character, you find out that the answers you gave yourself were only useful for the moment you were trapped in. Once you progress you realize that new perspectives are needed for the same area and that a wiser glimpse will make a huge difference.
Graphics
The one thing that you cannot comment on is the realistic mixing of storytelling and real-life videos. The details of the character and the influence that the environmental changes have while you advance are of top quality and you can argue that the remake of the story really makes sense.
Even though the narrative is similar, Shadow of the Tomb Raider Definitive Edition brings on a new touch of performance. Lara Croft and her memory really needed a come-back with the performance that video games have nowadays. You will be amazed to find out what Lara is capable of and bring your own strategic gameplay to make the graphics worth it.
The details of Lara’s face, the dist on her clothes, or the changes of the skin give a really nice touch. Also, you can observe the fine hair effects that have made the character even more popular.
Female character
One of the strong points of Shadow of the Tomb Raider Definitive Edition is that it brings to light once again the power of women in gameplay and game creation. Since most of the shooter and adventure games are based on stories full of heroes, a heroine that proves the woman's power is still well known and welcomed.
Believe it or not, in a world so stuffed with the paternal influence of so many years that have passed, any reminder of gender equality and chance is needed in order to counteract the negative effects women all around the world still feel sometimes.

Shadow of the Tomb Raider is the latest action-adventure video game of the Tomb Raider franchise, developed by Eidos-Montréal and published by Square Enix for PlayStation 4, Xbox One, and Microsoft Windows (14 September 2018), macOS and Linux (5 November 2019) and Stadia (9 November 2019). Tomb Raiders is an iconic series that made its debut in October 1996 – one of the pioneers of action-adventure games. Since then, we have seen and played many games featuring the fictional British archeologist Lara Croft, but now the saga gets to an end. Shadow of the Tomb Raider game title is the 12th main entry of the series and it is the final act of the Lara Croft’s origin trilogy.

Lara Croft is a beloved character portrait initially by Angelina Jolie (2001–2003). She is a strong and intelligent professional woman, an archeologist that travels the world, fighting powerful enemies, exploring tombs, and collecting artifacts. We have seen her now traveling Mexico and Peru, through the Cozumel caves, Amazon, Peruvian Jungle, Kuwaq Yaku, and more, to the final destination of Paititi, the legendary Inca lost city. She made a rash decision that may bring the world to an end, so she has to race against the clock to prevent the apocalypse. Against her stands the paramilitary force of Trinity, lead by Pedro Domingues, the head of Trinity’s High Council. and Rourke, the chief of the armed forces. She is helped mainly by her friend Jonah Maiava, but also by some other good characters along the way. I will not spoil the story for you, but you should know this is the darkest story of the trilogy, as Lara is the one that sets in motion the coming apocalypse and there are real doubts that she will manage to save the world.

Shadow of the Tomb Raider story is probably the most emotional narrative of the series, with Camilla Luddington returning to give shape to fictitious Lara Croft. In this game title, we rediscover Lara’s character, depicted and acted better than ever before. The saga matured and the adventure ahead of players is huge. It takes probably more than 20 hours to complete the story and more than double to complete the game, with all side-stories and puzzles. There are many hidden collectibles, and the tombs are huge - you can see and feel that developers focused a lot on raiding the tombs, after all, it is “Tomb Raider”.

The shift in gameplay goes to exploration, and the true-life of the game stays in the arduous experiences of Lara Croft. She runs, jumps, grunts, climbs, swims - we met a young and dynamic Lara, the one that we always want to be. The graphic is stunning, following her path through Central and South America. We visit suspended temples, hang above abysses, climb high peaks of Andes, traverse the remote rainforests of Peru, and more.

Shadow of the Tomb Raider improved on every aspect of the game: the narrative is emotional and solid, the combat is intense, with new arms and combat techniques, the graphic is astonishing, with breath-taking panoramas and plenty of details; larger tombs, huge content, it is probably the best game of the series.