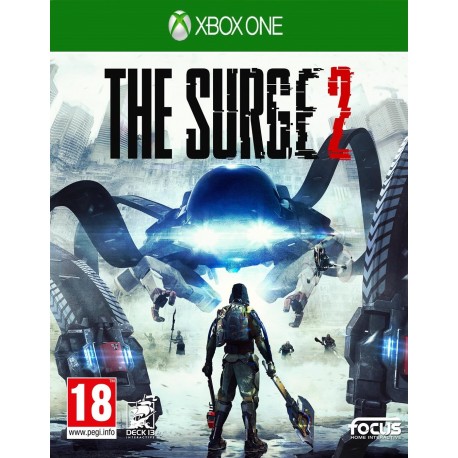 Discover and experience the most unforgiving shooter game with The Surge 2. Deadly enemies, unbelievable enemies and brutal fight all emerge when your plane is shot down and you wake up in a deserted facility in the suburbs of Jericho City.

If you enjoy brutal combat, deadly weaponry, and vivid slashing and tearing the limbs off other than The Surge 2 is the game for you. See the colossal bosses and fight as you are ready in terrifying landscapes and in a world that is now driven by the evil force and the most maleficent creatures’ drones and creations.

It seems like everything has been infected with a virus that has transformed every living creature in ferocious enemies that hunt you and want to kill you as soon as possible. Feel the blood smell when you slash them and see the life drain out of them and progress with your character in this unwanted universe.

Fight the evil, win the combats and find the secrets that you need to regain control of the world and never again let this apocalypse happen. With an immense arsenal of weapons and armory and drones available you can make the most of this world and be the only savior that can do something about this.

Regaining control is the most wanted aspect when it comes to obsessive or compulsive disorders, just like in Jericho city. The anxiety is so high, the feelings and the thoughts that something bad is about to happen are so intense and irrational that only some completely useless rituals can be the answer, bring some comfort and won't let those disasters happen. Although these cataclysms are not at all linked to the rituals they do, this is the only way in which they can reach the feeling of nature and peace they need, and this will only be achieved through these familiar repetitive actions. Regain control of your thoughts and feelings and Jericho City and be the change factor that does not let the bad evolve.